You are at:Home»Rising Rates Channel»Following the “Heard” Can Quickly Get You Into Trouble 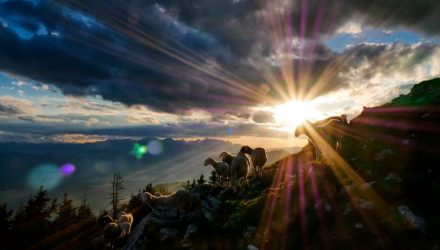 Following the “Heard” Can Quickly Get You Into Trouble

By Elliott Wave Trader, via Iris.xyz

Last week, I heard the dollar rally was causing the market to tank. Well, by Wednesday this past week we had rallied 130 points off the lows in the S&P 500, and the dollar continued to rise along with us at the time. This is another Foghorn Leghorn market moment for analysts:

Don’t bother me with facts, son. I’ve already made up my mind.

Lastly, all I heard on Monday was how we were certainly going to crash. In fact, if you had viewed any media site that day you would have seen all the bearish headlines and expectations for impending doom. Most specifically, many were certain we would crash on Wednesday since it was a quantitative tightening day. Well, they sure tightened something all right . . . the noose around those thinking that the Fed controls the market and overstaying their welcome on the short side, as Wednesday provided us with a 50+ point rally.

It certainly seems as though if you followed everything you heard this past week, you were likely on the wrong side of these sizable market moves.

But, the simple reason for the strong rally we experienced was that the bearish boat was too heavily weighted on one side, so it clearly tipped over and took on water. And, on Wednesday, the market took out many of those on the short side of that boat who were expecting it to crash for one reason or another. It sure does not seem like anyone reminded investors that they were not supposed to fight the Fed on Wednesday.

Amazingly, there was no news associated with the rally (and even opposite news on Wednesday). So, what will all those who believe that news drives the market do? I am quite sure they were like deer caught in the headlights during the short squeeze this past week. In fact, one Bloomberg commentator noted: “no particular news today . . . sometimes bounces happen.” Now, that was helpful.