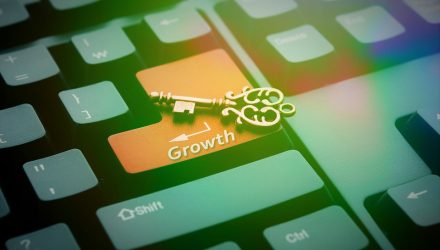 It appears the United States and emerging markets are playing an interest rate game of “follow the leader,” as central banks around the globe are feeling the ripple effects of the U.S. being in pole position with regard to monetary policy.

From a case-in-point perspective, the iShares MSCI Emerging Markets ETF (NYSEArca: EEM) has been going the opposite direction compared to interest rates in the U.S. Since March, EEM has relatively traded below its 50-day moving average.

Raghuram Rajan, a former governor of the Reserve Bank of India, is all too familiar with the ripple effects rates are having on emerging markets. Rajan cited 2013 as an example of the Federal Reserve foregoing interest rate hikes, but given the tailwinds of an economic growth spurt, Fed Chairman Jerome Powell may not be in a position to do the same.

“In 2013, when we had the last bout of volatility, the Fed stayed off raising interest rate for some time. It is not clear it can do that right now because we have inflation numbers in the U.S. gaining strength,” said Rajan “And it’s not clear that the Fed has the luxury of saying, ‘OK, we’re going to wait and watch for some time.'”