You are at:Home»Retirement Income Channel»You Don’t Need to Be NOBLity to Snag These Discounted Dividends 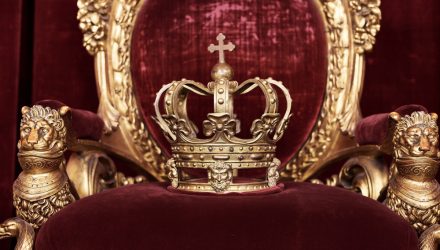 Stocks with quality traits, including those with enviable track records of dividend growth, often possess defensive traits. Combine that with the dividend element, and these names can trade at premiums relative to the broader market.

That’s a high bar for entry and one that can imply premium multiples, but that’s not the case today.

NOBL isn’t a dedicated value fund, but has strong exposure to some sectors with the value classification, which is a plus at a time of strength for that factor. For example, the ETF devotes almost 36% of its combined weight to industrial and financial services stocks, according to issuer data. Add to that, the aristocrats are the cheapest they’ve been relative to the S&P 500 in more than a decade.

“Relative to the S&P 500, the Aristocrats currently trade at roughly 80% of the market’s P/E valuation. This is the cheapest level the Aristocrats have traded since March 31, 2010,” adds Kirwan. “The Aristocrats went on to outperform the S&P 500 over the subsequent 1-, 3-, and 5-year periods, indicating that today’s margin of safety may be an opportune entry point.”

That jibes with recent commentary from other market observers noting that, relative to historical norms, the quality factor is currently inexpensive.

As the economic cycle moves from recovery to expansion, investors often discard many of the junkier stocks that led on the way up in favor of quality fare. Should that scenario play out again, NOBL stands to benefit due to its mix of quality income-oriented names.