You are at:Home»Retirement Income Channel»With Inflation, Failure to Prepare Is Preparing for Trouble 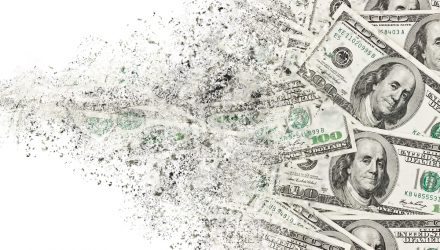 With Inflation, Failure to Prepare Is Preparing for Trouble

That scenario is changing this year, with many market observers believing substantial increases in the Consumer Price Index (CPI) are likely in the coming months, indicating inflation preparation may actually be necessary.

“But the pandemic brought unique circumstances and policy responses, and the market showed some panic by driving up Treasury yields during the first quarter of 2021,” notes Morningstar analyst Emory Zink. “The Federal Reserve remains committed to low interest rates, and chairman Jerome Powell adopted language in mid-2020 signaling that 2.0% is the target average inflation rate rather than simply a target to hit. In other words, it’s possible that after the prior year’s economic challenges, the central bank is willing to let the economy run a bit hotter in the near term.”

An interesting scenario with wages also highlights the need for investors to brace for inflation.

“Beginning in the 1990s, the outsourcing of jobs to the populations of less-developed nations kept wages lower, which, in turn, contributed to bargain prices for many goods,” adds Zink. “But with many of those countries now emerging out of poverty, that source of price advantage might not be as readily available as it once was. Contrarians argue that this new set of inputs merits fresh consideration of inflation potential, and that it behooves vigilant investors, if they’ve learned anything from the unexpected market lessons unleashed in early 2020, to reflect on the full gamut of possibilities. If that means heeding cries of potential inflation, now might be the time.”

Investors seeking inflation-fighting instruments often consider Treasury Inflation Protected Securities (TIPS) and gold, but real assets merit attention in this environment too. There are other ideas to consider.

“An investor less concerned by credit fundamentals and more focused on interest-rate risk might consider an allocation to bank loans, which adjust coupon payments relative to a designated interest rate but require formidable fundamental credit analysis, as leveraged loans are typically made to companies with significant debt on their balance sheets,” concludes Zink.