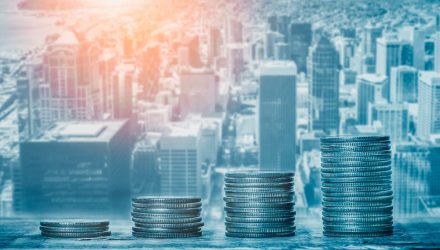 Municipal bond default rates are low, a pleasant surprise in the wake of the coronavirus pandemic and one that highlights opportunities with the  VanEck Vectors High-Yield Municipal ETF (CBOE: HYD).

“At the end of July, Moody’s Investors Service released its annual municipal bond market snapshot, US municipal bond defaults and recoveries, 1970-2019, with updates through 2019. The report continues to affirm two hallmark benefits offered by muni bonds,” notes Michael Cohick, VanEck senior ETF product manager. “First, municipal defaults and bankruptcies remain rare overall, even though they may have become more common over the last 10 years. (There were no rated municipal defaults in 2019.) Second, muni bonds continued to be highly rated in 2019, with more issuers upgraded than downgraded. (According to Moody’s, however, as in 2018, the size of the downgrades, on average, was larger than the upgrades.)”

“We continue to argue that, while it remains a struggle to obtain the same amount of timely disclosure from issuers of municipal bonds as one sees in other asset classes, the pure empirical evidence suggests that muni bonds still offer a fiscally sound vehicle for deriving an income stream free from federal, and in some cases, state taxes,” writes Cohick.

When it comes to municipal bonds, fixed income investors may tend to have a home bias or look at one bond and think they’re all the same. What they might find out when they actually put these bonds under a proverbial microscope is that they can differ from one bond to the next.

“If one looks at long-term municipal bond obligations across all sectors between 1970 and 2017, according to Moody’s report, there were only 113 distinct Moody’s-rated defaults in the total amount of a little over $72 billion. There are more than 50,000 different state and local governments and other issuing authorities,” according to Cohick.