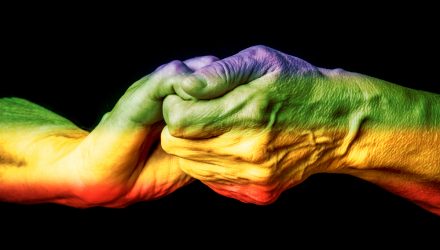 Why Long-Term Care Planning Is Important for Aging LGBTQ+ Individuals

America is facing an increasingly higher percentage of individuals nearing or hitting retirement age, and as these adults begin to consider their long-term care options, a reality of a lifetime of discrimination is leading to an urgency within the aging LGBTQ+ community.

It’s anticipated that there will be seven million LGTBQ+ adults over the age of 50 in the U.S. by 2030, and because these individuals have often been barred access to protections and rights for the majority of their lives, long-term care planning is an issue that becomes more complex and more urgent, reports Nationwide in a blog post by George Schein and Shawn Britt.

In the U.S., the LGBTQ+ community was barred from the institution of marriage legally until the Supreme Court’s rulings in the Windsor case in 2013 and the Obergefell case in 2015. The repercussions have meant that these individuals often did not form legalized family units because they lacked the legal protections, and as such, seniors that identify as LGBTQ+ are up to three times more likely to live alone than their non-LGBTQ+ senior counterparts.

LGBTQ+ seniors are also four times less likely to have grown adult children to assist with care later in life, meaning that long-term care planning will more often than not include the need for paid caregivers. Some of these individuals continue to live in fear of discrimination and harassment for their sexual orientation, and as such will often delay seeking assistance until they have no other choice.

Most LGBTQ+ seniors have indicated that they would prefer long-term care providers who have staff members who are LGBTQ+ with whom they can identify more readily, have caregivers trained in the needs of LGBTQ+ patients specifically, and who both market and present welcoming, LGBTQ-friendly services.

The need to plan and budget well in advance for LTC care for LGTBQ+ individuals is a vital one, and the recognition of a lifetime of discrimination leading to a variety of circumstances for LGBTQ+ seniors is important. Here are some options to consider when planning for LTC:

A traditional LTC policy typically is the least expensive because benefits are paid only if qualifying LTC even happens; as such, only reimbursement plans are offered with this type of policy. This policy style tends to offer the most LTC coverage for paid premiums, but these premiums can be raised and are not guaranteed. A traditional LTC policy also offers the greatest amount of customization, from benefit periods to inflation options and elimination periods. This option is often good for couples and individuals on a budget, or those who don’t need any other financial planning.

An LTC rider on permanent individual life insurance is an option for those that need life insurance currently that can transition to LTC later, and guaranteed premiums are possible with this option. In this style, the whole death benefit is paid as a death benefit only, an LTC benefit, or a combination of the two. There is little to no customization at the trade-off of the entire policy being paid out, with some insurers offering survivorship life insurance options. It’s a cost efficient way to approach life insurance coverage and LTC, with cash indemnity and reimbursement plans being offered.

A linked-benefit LTC policy is a third option that has a foundational life insurance policy but is a LTC product. It’s a good choice for individuals who want LTC but are also looking to protect their premium if they don’t use their policy, and it includes options for choosing the benefit periods as well as inflation choices. Benefits and premiums are guaranteed in these policies, and if the policy itself isn’t used, a death benefit that is equal to or greater than the premiums paid will be passed on tax-free to any beneficiaries. In the event that LTC benefits are utilized from the policy, a minimum death benefit amount always exists to help pay for expenses. These policies also have reimbursement plans and cash indemnity options.