You are at:Home»Retirement Income Channel»Why It Pays to Account for Future Taxes in Retirement 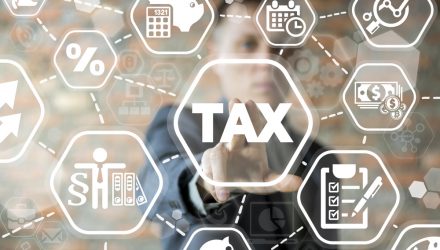 Why It Pays to Account for Future Taxes in Retirement

Taxes, which have been at historic lows, could be changing soon along with the tax code, and retirees and those looking to retire soon should be paying close attention.

Individuals retiring in today’s times are typically doing so with more money than those from previous generations, opening themselves to the potential to pay much more in taxes than they had originally planned. With a great amount of retirement kept in tax-deferred retirement accounts and taxable assets, it’s important for retirees and those looking to retire soon to plan for taxes, and not at today’s rates, reports Yahoo Finance.

With tax rates hovering in the lower range compared to tax rates historically and the Tax Cuts and Jobs Act set to end at the end of 2025, evidence indicates that taxes will be rising, and relatively soon. Currently, the highest long-term capital gains tax rate is 20%. Compare that to the 40% it sat at towards the end of the 1970s.

Much of a retiree’s income could be taxable, from capital gains, home sales, and other sources of income, even potentially including Social Security benefits as well. A combined individual income between $25,000 and $34,000 or a married filing jointly income between $34,000 and $44,000 could have up to half of the benefits taxable. Anything above those thresholds could be open to 85% of benefits taxable and could mean much less monthly income than previously calculated.

It’s important to remember, too, that tax-deferred withdrawals from IRAs and 401(k)s are voluntary amounts initially, but once an individual turns 72, the IRS mandates a specific amount be withdrawn. Failing to budget these increases in could inadvertently land a retiree in a higher tax bracket come tax season.

Aside from working with a tax professional to account for higher tax rates in the future, there are a few strategies that retirees are using to balance their tax potential. Some are converting their traditional retirement accounts into Roth accounts, which tax up front on any money transferred, which then can be withdrawn tax-free later. It is important to note that there is a $6,000 annual contribution limit to such accounts as of 2021. Another alternative is a health savings account that allows money to be contributed before taxes and then withdrawn tax-free on medical expenses that qualify.

A final way to balance taxable income that retirees are utilizing today is investing in municipal bonds. The interest that is generated is exempt from federal taxes, and municipal bonds can generate a good source of income.

However a retiree chooses to approach calculating their retirement income, saving and investing in ways that reduce tax exposure and potential will help retain as much income as possible.