You are at:Home»Retirement Income Channel»When It Comes to Beating Inflation, Retirees Have Options 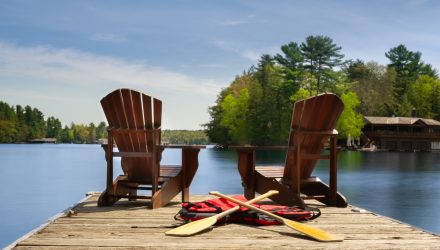 When It Comes to Beating Inflation, Retirees Have Options

Inflation is one of the biggest issues retirees face. Due to low interest rates, it’s getting harder for retirees to replace income from their jobs, and due to inflation, their real spending power can be diminished.

In bygone eras of retirement and retirement planning, there were some hard and fast rules, including the 4% spending rule. However, that’s a blanket approach for a topic where one-size-fits-all doesn’t always fit all.

“In a 2019 Society of Actuaries survey, pre-retirees and retirees were asked about the issues that worried them most about their money in retirement,” writes Christine Benz for Morningstar. “Topping the worry list for pre-retirees? That the value of their investments might not keep up with inflation. Nearly two thirds of pre-retirees cited inflation as a key worry–tied for the top slot with concerns about long-term-care expenses and ahead of worries about higher healthcare costs.”

With the recent injections of cash from both the Fed and Congress, some advisors are watching for nascent signs of inflation.

There’s debate between advisors about the short-term inflation outlook; however, advisors say as they consider medium- and long-term planning, they take rising prices into account as they position portfolios, especially for their clients close to or in retirement.

“Yet worries about inflation have been simmering in recent months, thanks to massive amounts of fiscal stimulus, a resurgent economy amid rapid uptake of the vaccine, and pent-up demand for spending once the pandemic is finally under control,” according to Benz. “The so-called break-even rate–the differential between what nominal 10-year Treasury bonds and Treasury Inflation-Protected Securities yield–recently shot up to 2.3%. That break-even rate, widely viewed as a proxy for market participants’ inflation expectations, is nearly 2 percentage points higher than it was a year earlier, when pandemic worries pointed to a sustained economic slowdown.”

Inflation-protected assets, whose purchasing power does not erode over time, are one place to start.