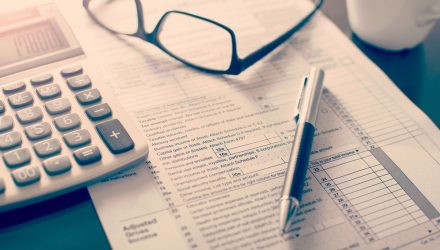 What to Watch for in a Rising Tax Environment

On March 11, President Biden signed the $1.9 trillion American Rescue Plan Act into law. This comes on the heels of $2.6 trillion in COVID-related spending in 2020. According to the Government Accountability Office, the U.S. national debt hit $26.9 trillion as of September 30, 2020 with the $4.2 trillion increase over 2019 being the highest on record.1 With this as background, it probably surprised very few people when Bloomberg News recently announced: “Biden Eyes First Major Tax Hike Since 1993 in Next Economic Plan.”2

Yes, the prospect of higher taxes in our not too distant future is real. The question is what higher tax rates will look like and who will be impacted? While there is a long way to go between now and the passage of major tax legislation, initial indications seem to be positive for most retirees.

What potentially could be proposed in upcoming legislation

According to Bloomberg, to the extent the Biden plan focuses on individual income taxes, it targets the “wealthy.” Consistent with his campaign promises, the Biden plan would raise income taxes on individuals earning more than $400,000 and capital gains taxes on those earning $1,000,000 annually. So, what about people with lower levels of income? This raises an interesting question: will new tax legislation keep some aspects of the 2017 tax law changes made during the Trump administration?

The Tax Cuts and Jobs Act (TCJA) was arguably the most consequential legislative achievement of the Trump administration. Its primary objectives were to simplify individual income taxes and reduce tax rates. The TCJA is, however, scheduled to “sunset” at the end of 2025. This means if Congress doesn’t act, we would revert to 2017 tax rates for the 2026 tax year.3 If this were to occur, the impact on retirees would be substantial. This is because the TCJA made several changes that benefit many retirees.

The TCJA also expanded the 10% income tax bracket and replaced the 15% bracket with an expanded 12% bracket. The combination of a higher standard deduction and lower tax rates is a fantastic opportunity for retirees, especially those who are married. Based on 2021 brackets, a married couple with no other income, both age 65 and filing as a married couple, could pull $108,850 from a traditional IRA and have a federal income tax liability of just $9,328 (that’s an effective tax rate of just 8.6%). Given our current fiscal situation, it’s hard to envision that tax rate dropping. If the TCJA were to simply sunset at the end of 2025 and revert to the 2017 standard deduction, with personal exemptions and tax rates, however, the resulting tax liability on the same distribution would be over $3,300 higher at $12,715 (with an effective tax rate of 11.6%).*

Under the Biden plan, high income earners could lose that preferential treatment.4 Specifically, taxpayers earning at least $1,000,000 annually would see capital gains taxed at ordinary income tax rates. If the Net Investment Income Tax also remained in place, this could mean a tax rate on long term capital gains as high as 43.4%.

The good news is that with a threshold of $1,000,000 in income, very few of us would be directly impacted by this higher tax rate. Also remember that strategies to minimize capital gains, such as tax loss harvesting, should continue to be available. As long as capital gains tax rates stay the same for most taxpayers, capital gains will continue to provide many retirees with an important alternative to ordinary income from tax-deferred retirement accounts.

What to watch for

As we start to see more media coverage of potential tax proposals, keep an eye on whether they will keep the standard deduction and the lower tax brackets of the Tax Cuts and Jobs Act. We also need to pay careful attention to what happens to long-term capital gains tax rates. In the interim, the lesson is that we never really know exactly what the future holds with respect to tax rates. Higher taxes in the future are always possible, especially depending on Congress activity.

Tax laws continue to change regularly, making tax diversification an important strategy as clients save for retirement. When a retiree can pull income from a variety of non-qualified taxable assets, tax-deferred sources or from accounts that can provide tax-free income, a tax-efficient retirement income strategy can be put in place, providing considerable tax savings and adding years to the typical portfolio.

This information is general in nature and is not intended to be tax, legal, accounting or other professional advice.

The information provided is based on current laws, which are subject to change at any time, and has not been endorsed by any government agency.