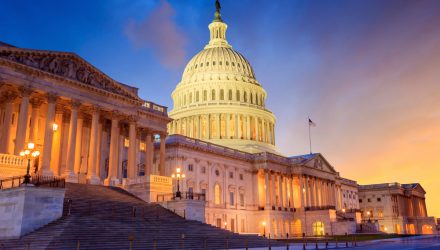 What the SECURE Act 2.0 Could Mean for Retirement Plans

Congress is considering amending and enhancing retirement through two similar but different pieces of legislation in the House and Senate. Both seek to redefine and strengthen the current Setting Every Community Up for Retirement Enhancement (SECURE) Act of 2019, collectively are known as the SECURE Act 2.0.

The current version in the House was submitted May of this year and is called the Securing Strong Retirement Act of 2021, while the Senate version was introduced in May as well and is known as the Retirement Security and Savings Act of 2021. Chuck Rolph of Nationwide discusses some of the main points of both pieces of legislation in a recent blog post.

Both versions of the legislation have proposed amending and relaxing RMD rules to allow commercial annuities that are attached to any qualifying retirement plan to provide extra payment types, including lump-sum payments and yearly payment increases that are less than 5%.

The two legislative pieces include increasing 403(b) plan investment options by expanding the tax and securities laws to allow plans with custodial accounts investment into collective investment trusts.

Both versions in Congress would raise the tax credit amount available for small employers that start new plans, but the two plans have differing methods of implementation and amounts for how much the credit would be.

The House’s legislation includes provisions to widen automatic enrollment and escalation in new 401(k) and 403(b) plans by implementing automatic enrollment that would carry a default rate between 3–10%. The plans would also be set to escalate 1% yearly up to a max of 10%, and no greater than 15%.

The Senate’s legislation includes updating laws that would allow non-spousal beneficiaries to roll inherited IRAs into qualifying plans, such as a 403(a), a 403(b), and a governmental 457(b). The Senate version also includes allowing employees that have less than $100,000 in aggregate to have eligible retirement accounts excluded from mandatory RMDs in their lifetime.

“The ‘SECURE Act 2.0’ proposed legislation is much more extensive than what we have shared here. Should it be enacted, it will offer plan sponsors and their plan participants many opportunities and challenges in order to comply,” notes Rolph.