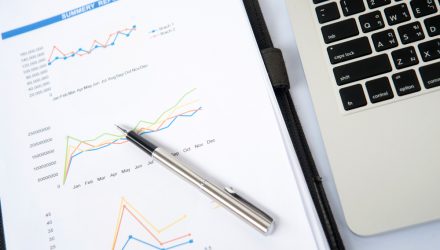 What Retirement Income May Look Like for Younger Generations

The COVID-19 pandemic is impacting retirement planning and saving for younger generations in particular. The combination of health concerns, low wages, and rising costs has prompted many in the younger generations to leave their jobs in what is being called the Great Resignation, which marks a fundamental shift in priorities for Millennials and Gen Z.

“It’s going to be hard to tell what retirement will look like for millennials and Gen Z until the effects of the Great Resignation play out,” said Terry Turner, a senior writer and researcher at Retire Guide, in an interview with GOBankingRates. “It’s empowering a lot of young workers in a way we haven’t seen in generations — probably since the end of World War II — certainly like nothing in my lifetime.”

One of the biggest things for advisors to be aware of with younger clients interested in retirement planning is the marked differences between Millennials and Gen Z. The older end of Millennials are 40, while the youngest members of Gen Z are still in elementary school, and the two generations have had markedly different economic experiences.

“Millennials came of age in the time of 9/11 and the Great Recession, and the economic data and surveys out there show that they have had a much harder time getting ahead. Gen Z is hitting the workforce during the Great Resignation, when workers have new leverage to demand better pay, benefits, and working conditions,” explained Turner. “Bloomberg reported in October that wealth for Gen Z has increased by as much as 50% during the pandemic.”

Changing Habits and the Great Unknown

Research conducted during the pandemic seems to indicate that both generations will be looking for guaranteed income in retirement, such as the types of pension plans that the private sector once offered to Baby Boomers. It’s not surprising, given concerns around Social Security in the long-term, that these generations are wanting some sort of assurance of a guaranteed income source in retirement.

It’s expected that income taxes will creep back up over the coming decades, taxing Millennials and Gen Z heavier than what Baby Boomers have experienced in the last two decades. With so much changing among so much uncertainty, both generations are approaching long-term life goals and retirement in very different ways than their Baby Boomer counterparts. For example, the idea of communal living is back, with multiple families or unrelated individuals owning complexes together.

Within investing, it’s anticipated that retirement portfolios will continue to lean heavily on equities and bonds, but how those will ultimately behave is questionable.

“What can change is inflation and bond yields. Rising inflation has made it more uncertain for retirees who worry about running out of money and inflation will likely continue to rise due to long-term economic growth,” said Shawn Plummer, CEO of The Annuity Expert. “Bond yields have also been low, which was unprecedented 20 years ago, and they may continue to be low as policymakers try to push the economy. This also makes it harder for retirees to generate enough yield while safeguarding their capital to beat inflation.”

Nationwide offers a variety of actively managed ETFs for advisors that cater to a range of investment exposures and strategies for those seeking retirement income options for their clients.