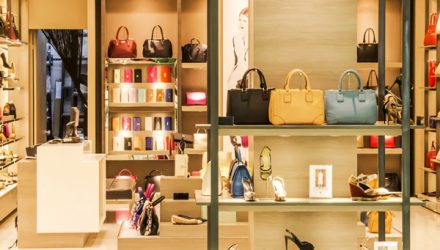 What Is a Luxury Good?

In the very first episode of Mad Men, the critically acclaimed AMC series about the advertising business in 1960s New York, ad man Don Draper is approached by Rachel Menken, the head of a fictional high-end department store called Menken’s. She wants Don’s help in raising her store’s profile.

After some brainstorming, Don has an idea: coupons. “Ms. Mencken,” he tells Rachel, “coupons work.”

But Rachel isn’t convinced. People don’t visit her store because they think the merchandise is affordable. Instead, she says, they go there precisely because it’s expensive.

This attitude may seem counterintuitive to some, but it has a lot of merit. By positioning her store as out-of-reach for most consumers, Rachel teaches Don a valuable lesson about the economics of luxury goods.

But first, what is a luxury good?

Everyone has their own ideas of what defines “luxury.” For some, it’s high quality and price. For others, it’s rarity and exclusivity. These are the qualities Rachel seems to have in mind.

We like to go a bit further with our definition and add that luxury goods are those for which demand has tended to grow faster than potential buyers’ disposable incomes. This contrasts with “necessities,” for which demand growth has been more in line with income growth over time.

Take a look at the chart below. It shows the year-over-year percent change in luxury good sales, consumer staple sales and disposable income. With one (very big) exception in 2015, luxury sales grew faster on an annual basis than both people’s after-tax income and sales of essential household products. Often the difference was substantial.

The more disposable incomes rise, the more households may be willing to splurge on luxury items such as designer clothes, makeup, accessories, fine wine and liquor, automobiles and more. Like Mad Men’s Rachel Menken, many consumers understand that one of the biggest appeals of luxury items is that they’re expensive and out-of-reach for a lot of people. Because not everyone can afford them, they’re universally seen as status symbols. Being spotted driving your high-performance sports car while wearing a designer jacket and carrying a genuine leather handbag is perhaps the most emphatic way to tell others that you’ve “made it.”

Rise of the Global Middle Class

Right now, incomes are rising all over the globe, particularly in emerging economies such as China and India. At the end of 2019, nearly half of the world’s population was part of the middle class. Not only is this a remarkable achievement for humanity, but it’s supportive of future luxury sales.

According to CaxiaBank Research, 3.6 billion people, or 47 percent of the global population, belonged to the middle class last year, up from 1.8 billion people only 10 years earlier. The research firm estimates that by 2030, that figure could swell to 5.2 billion people, or 61 percent of the world’s population. It’s possible that the recent economic downturn caused by coronavirus-related lockdown measures may negatively impact CaxiaBank’s projection, but we’re still bullish on the trend.

China accounted for more than half of the global growth in luxury spending between 2012 and 2018, according to McKinsey. We believe the country, and its neighbor India, will continue to be responsible for a significant share of global demand growth, especially once the region’s economy begins to recover.

Wealth generation on the higher end has also been on the rise. In 2019, the number of new millionaires around the world grew by 1.1 million, bringing the total to 46.8 million, according to Credit Suisse. The same year, the number of ultra-high-net-worth individuals (UHNWI)—those with a net worth of at least $30 million—increased by 6.4 percent. Thirty-one thousand new people joined this highly exclusive club, which numbered 513,200 members, according to Knight Frank’s 2020 Wealth Report.

USLUX: A New Way for Investors to Participate

For investors who are interested in the opportunity to invest in the luxury market, we’re pleased to introduce a new way to participate.

Effective July 1, the Holmes Macro Trends Fund (MEGAX) will change its name and investment strategy to become the Global Luxury Goods Fund, ticker symbol USLUX. We believe that, going forward, equity in companies involved in the design, manufacture and sale of luxury products and services is the best way to play the upward trend in global wealth and disposable income.

USLUX provides investors access to some of the world’s best-known luxury brands. Its benchmark is the S&P 500 Global Luxury Goods Index.

We hope you’re just as excited as we are! Keep your eyes peeled for upcoming news and announcements about USLUX. The easiest way to do that is to make sure you’re subscribed to the Investors Alert (click here) and my CEO blog, Frank Talk (click here).

Stock markets can be volatile and share prices can fluctuate in response to sector-related and other risks as described in the fund prospectus. Foreign and emerging market investing involves special risks such as currency fluctuation and less public disclosure, as well as economic and political risk. Companies in the consumer discretionary sector are subject to risks associated with fluctuations in the performance of domestic and international economies, interest rate changes, increased competition and consumer confidence. The performance of such companies may also be affected by factors relating to le

The S&P Global Luxury Index is comprised of 80 of the largest publicly-traded companies engaged in the production or distribution of luxury goods or the provision of luxury services that meet specific investibility requirements. The S&P 500 Consumer Staples Index comprises those companies included in the S&P 500 that are classified as members of the GICS consumer staples sector.

Disposable income, also known as disposable personal income (DPI), is the amount of money that households have available for spending and saving after income taxes have been accounted for. Disposable personal income is often monitored as one of the many key economic indicators used to gauge the overall state of the economy. Purchasing power parity (PPP) is an economic theory that allows the comparison of the purchasing power of various world currencies to one another. It is a theoretical exchange rate that allows you to buy the same amount of goods and services in every country. All opinions expressed and data provided are subject to change without notice. Some of these opinions may not be appropriate to every investor.