You are at:Home»Retirement Income Channel»What Do Falling Bond Yields Say About the Economy? 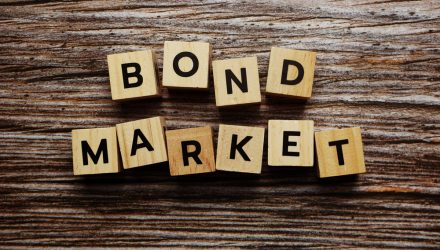 What Do Falling Bond Yields Say About the Economy?

Recently, Treasury yields have slipped, pressuring the cyclical value trade that drove domestic equity markets higher through much of the first half of 2021.

While lower 10-year yields are seen as a positive for growth stocks, some market observers are concerned by the rapid decline in those yields, which hover around the lowest levels since February. Of course, bond yields move inverse of prices, meaning there’s been plenty of appetite for U.S. government debt in recent weeks. That’s prompting some experts to opine on overall implications for the economy.

“It looks to us like the market moves reflect the view that the peaks in growth and inflation in this cycle have passed, and the prospect of tighter policy by the Fed would dampen the outlook for the economy,” writes Charles Schwab’s Kathy Jones. “While we agree with that assessment longer term, we believe yields are now too low relative to the economic outlook and are likely to rebound later this year.”

The concern about the rapid decline in Treasury yields is easy to understand. If market participants were overtly sanguine about the world’s largest economy, which grew mightily in the first half, they’d likely embrace riskier assets, not some of the most conservative debt available.

“However, in recent weeks there have been signs that the upward momentum in economic growth has begun to slow and inflation pressures have eased. On the global front, the delta variant of the coronavirus is spreading quickly, leading some countries to put new limits on activity,” adds Jones.

Along with diminishing inflation expectations, other signs point to strain on the reflation trade, which could be serving as a catalyst for lower bond yields.

“Retail sales, consumer sentiment, and housing activity have declined from high levels, while commodity prices have fallen, and the dollar has firmed up—all signs suggesting the factors pushing up inflation are set to ease,” according to Jones.

10-year yields historically decline when the Federal Reserve nears the end of its asset-buying schemes, a scenario that’s at play today. But overall, it might be prudent to expect 10-year yields to resume their upward trajectory at some point later this year.

“Overall, we believe the market has gotten overextended once again,” concludes Jones. “Ten-year Treasury yields at current levels appear too low relative to the economic outlook. The pace of economic growth and inflation are likely to ease in the second half of the year, but are starting from very high levels and will likely stay above the trends seen in the past decade.”