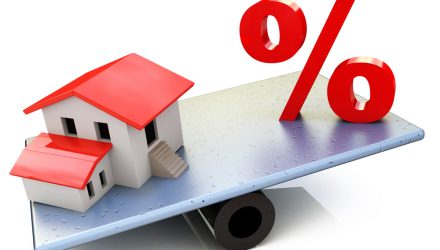 What Can Risk-Parity Do For You?

By Derek Horstmeyer and Attila Kiss

Risk-Parity funds have been in the spotlight recently as we have seen the first such fund offered here in the US as an ETF (Advanced Research Investment Solutions’ Risk Parity ETF – RPAR).

There has also been much talk and speculation by market participants over the past two months that risk parity funds as a whole were going to be in for a really bumping ride given the sheer volatility in markets that would wreak havoc on their rebalancing procedures.

In a typical fund with equities and bonds, the equities contribute much more to the over-all risk of the fund just due to their outsized volatility. In a risk parity fund the manager can use leverage and other products to alter the bond portion of the fund so that it has comparable levels of volatility as the stock portion of the fund (i.e. so the risk contribution levels are on par with each other).

This functions fine during normal times, but when markets as a whole get too volatile this causes the manager to make massive rebalancing decisions frequently, which can be costly. And, the price of leverage may increase in such times also delivering another blow to the returns of the fund.

Analyzing data in conjunction with Attila Kiss (research assistant at GMU), we set out to explore just how bad risk parity funds had been hurt in the first quarter of 2020 and if they faired any better than a standard hybrid equity-bond portfolio.

To begin, we identified seven mutual funds with a long enough track record here in the US with a risk parity designation and one ETF as well. Examining just the month of March, the average risk parity fund lost 9.2% during this month. Over the whole first quarter of 2020, the average fund lost 11.1%.

Comparing these funds to just a simple portfolio investing in the S&P 500 and a total bond index fund (VBMFX) in equal weightings, an investor would have lost 6.9% in March and 8.5% over Q1 of 2020. This simple 50-50 equity-bond hybrid fund not only beats the average risk parity fund over these time periods but also averages slightly lower volatility as well.

The one shining star so far out of this group of risk parity funds is the newly launched RPAR ETF which has only lost 5.9% over March and 4.1% over the first quarter. Its benchmark portfolio, which is a composite of equities, TIPs, commodities and Treasuries delivered a loss of 4.3% in March and 6.2% over Q1 of 2020. Of course this is a short horizon to judge something that just launch in Dec 2019, but it does appear that the ETF weathered the storm and has done better than its benchmark at least in the short term.

All in all, risk parity funds may be attractive to certain hedge funds and private equity groups, but in terms of a mass-market product to retail investors there may be simpler options like your standard equity-bond hybrid fund which costs less to construct and yields similar if not better results.