You are at:Home»Retirement Income Channel»These 10 U.S. States Are Best Prepared for a Deep Recession 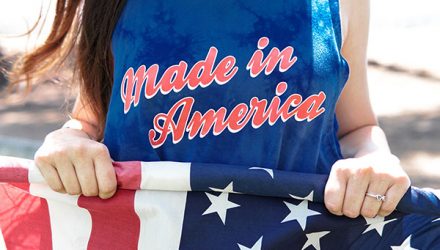 These 10 U.S. States Are Best Prepared for a Deep Recession

This week Treasury Secretary Steven Mnuchin called out “mismanaged” states, suggesting that the federal government should not be responsible for bailing out states that had poorly managed budgets before the coronavirus pandemic brought business activity to a halt, triggering a deep recession.

Mnuchin’s comments echoed those of Senate Majority Leader Mitch McConnell, who earlier said that he was in favor of allowing states to declare bankruptcy. (It’s important to note that, under current laws, states cannot go bankrupt, only default on their debts.)

Congress is not “interested in solving their pension problems for them. We’re not interested in rescuing them from bad decisions they’ve made in the past,” the Kentucky senator told Fox News.

By some estimates, states could be facing their deepest budget shortfall on record due to the COVID-19 crisis. The Center on Budget and Policy Priorities (CBPP), a Washington, D.C.-based think tank, believes states could collectively see a budget deficit of $290 billion in 2021, which would be greater than during the 2001 recession and 2007-2008 global financial crisis.

So which states were best prepared for a recession such as the one we’ve likely already entered? That’s a question I was curious to have answered.

There are many factors to consider, including tax revenue, annual spending (particularly on entitlements such as Medicaid), cash reserves and more.

To keep things simple, I turned to Moody’s annual “stress test” of state budgets, which measures preparedness for a recession based on the size of the state’s rainy day fund as a percent of its general fund reserve, and whether the state would be able to make up for such a fiscal shock as having a drop in tax revenue from fewer people working and an increase in Medicaid spending. Coincidentally, Moody’s last conducted its stress test in October of last year, soon before the pandemic, so the results are as up-to-date as you can hope for.

With that said, below are the top 10 states that were best prepared for a deep recession at the end of 2019, starting with Alabama at number 10.

Moody’s estimates that Alabama would face a fiscal shock of $1.2 billion in a “severe” recession. Even so, the state would still retain 2 percent of its total 2019 revenues. Alabama could operate for an estimated 35.3 days on its rainy day fund, which totaled $848 million in fiscal year 2019.

At number nine, New Mexico would run a budget surplus of nearly 3 percent of its 2019 revenues in a severe recession, according to Moody’s analysis. The Land of Enchantment could operate for about 90 days on its $1.9 billion rainy day fund.

A bad recession would result in only a $613 million fiscal shock for Delaware, says Moody’s. As the smallest state by area on this list, Delaware could still maintain a budget surplus of 3.5 percent of its 2019 revenues. Based on its $240 million rainy fund, the northeastern state could run for 20 days.

West Virginia would have 5.3 percent of its total 2019 revenues available, even in a severe recession, according to Moody’s. The Mountain State could remain in business for almost 60 straight days on its $753 million rainy day fund alone.

You might initially assume that a deep recession would hit Nevada particularly hard, factoring in a huge loss in tourist spending at Las Vegas resorts and casinos. And yet the state would see “only” a fiscal shock of $454 million. As such, it could still run a budget surplus of 12 percent of its 2019 revenues, allowing it to operate for 27 days on its $332 million rainy day fund.

I’ve written before about the economic and financial superiority of Texas, home state of U.S. Global Investors. The most populous state on this list by far, with some 30 million residents, Texas is well equipped to weather a recession, according to Moody’s. Even though it would see a $10 billion fiscal shock, the Lone Star State would have 9.2 percent of its 2019 revenues available. Texas could run about 70 days on its $10 billion rainy day fund alone.

In a severe recession, North Dakota would still run a budget surplus of 12 percent of its 2019 revenues. The scene of a major oil boom in 2006, the state could operate for 109 days on its $659 million rainy day fund.

Oregon would see a fiscal shock of $1.3 billion in a deep recession, but it could still have 13.4 percent of its 2019 revenues available to spend. Based on its $1.3 billion rainy day fund, Oregon could run for 46 days without any new income.

In the number two slot is Alaska, which Moody’s says would have an incredible 81.1 percent of its 2019 revenues, even in a recession. Believe it or not, the Last Frontier would be able to remain operational without raising taxes or cutting services for 170 days, based on its massive $2.3 billion rainy day fund.

The state that’s most prepared for a recession, according to Moody’s, is Wyoming. The least populous state with only 578,000 residents, Wyoming would face a relatively small fiscal shock of $250 million in a bad recession. It could manage to have an unbelievable 117.5 percent of its 2019 revenues available to spend. As such, the state tops the nation by far in the number of days it could run on its $1.7 billion rainy day fund—397 days, or just over an entire calendar year.

And there you have it! The top 10 states most prepared for a recession.

And the Least Prepared?

You might be wondering which states would be in worst shape during an economic downturn. These may be the “mismanaged” states Mnuchin and McConnell had in mind—including McConnell’s own home state of Kentucky.

Below is the list of states that ranked at the very bottom in terms of preparedness, starting with number 41, Michigan, which would run a budget deficit of 9.7 percent of 2019 revenues.

Curious to know who the 10 youngest billionaires are? Find out by clicking here!