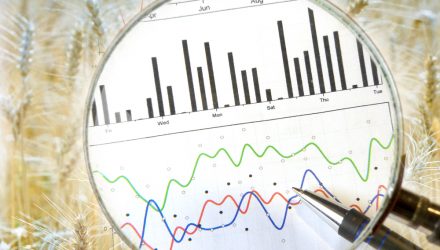 The Yield Curve May Not Be a Reliable Bellwether for Recession

The yield curve for the 2-year and 10-year U.S. Treasury notes inverted last week, leading to heavy speculation that a recession could be looming in the wings, but this time it might be lacking the usual “predictive power”, writes Mark Hackett, chief of investment research for Nationwide’s Investment Management Group, in a Nationwide blog.

Generally, a yield curve inversion reflects concerns by investors that the Fed is handling financial policy the wrong way, causing them to shift to long-term bonds as they fear constricted growth from a tight Fed policy, Hackett explains. As these long-term bonds bring in more investment, the downward pressure drives rates lower while Fed tightening drives short-term rates higher, creating an inversion.

Why This Time is Different

The economic environment that the U.S. finds itself in today is a unique one; the stimulus the Fed injected by buying bonds during the pandemic has caused a distortion in the yield curve shape as investors seek to account for the eventual shedding of bonds by the Fed as it works to reduce its balance sheets. Because a fair number of the bonds are short-duration Treasuries, the 2-year Treasury yield has only gone higher.

“In previous cycles, inversions tended to occur across the yield curve from the short end onward. The current inversion is concentrated on the longer-dated part of the curve,” Hackett writes.

Another barometer for recession, the index of leading economic indicators (LEI), also historically flips negative most of the time before a recession; currently, it is at 8% for year-over-year change, the seventh-highest period in the history of the index. Nationwide Economics is currently predicting very low odds for a recession before the end of 2022, but indicators are pointing to a slowdown most likely next year.

“The current economic cycle may differ from prior cycles in that real interest rates are still negative even as job and wage growth remain strong. An inverted yield curve does not cause a recession, and there’s no absolute answer to what the future will hold concerning recessionary risks,” Hackett explains. “That doesn’t mean investors should ignore the appearance of an inverted yield curve, but it’s important to keep it in context.