You are at:Home»Retirement Income Channel»Talking Taxes: How to Prepare Clients for Upcoming Changes 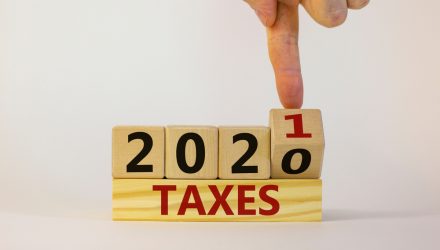 Talking Taxes: How to Prepare Clients for Upcoming Changes

The U.S. tax landscape is shifting again. Recently, President Biden proposed one of the most significant tax hikes in roughly three decades.

That sounds ominous, but it’s also an avenue for advisors to engage with clients on tax mitigation strategies and how to move forward in what could ultimately become a higher tax environment.

“According to Bloomberg, to the extent the Biden plan focuses on individual income taxes, it targets the ‘wealthy,’” notes Nationwide’s Doug Ewing. “Consistent with his campaign promises, the Biden plan would raise income taxes on individuals earning more than $400,000 and capital gains taxes on those earning $1,000,000 annually. So, what about people with lower levels of income? This raises an interesting question: will new tax legislation keep some aspects of the 2017 tax law changes made during the Trump administration?”

The time for advisors to strategize with clients on this front is now, because the Biden Administration likely knows it needs to notch major legislative victories prior to the 2022 mid-term elections. As it stands today, Democrats enjoy thin majorities in both houses of Congress, and some political pundits believe it’s possible the House majority evaporates in the 2022 mid-terms.

Retirees should pay close attention to tax alterations due in part to potential shifts in the standard deduction methodology set forth in the Tax Cuts and Jobs Act (TCJA), which was passed under the prior administration.

There are also significant capital gains implications in the White House’s proposal, but the silver lining is that the pitch isn’t applicable to many clients. More tangible effects on those clients making under $400,000 and $1,000,000 annually have yet to come to light.