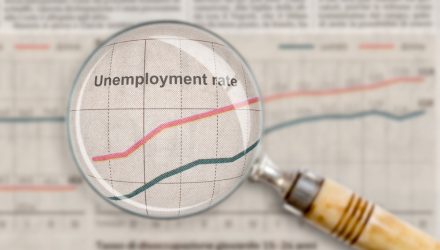 Initial unemployment claims fell by 26,000 last week to 900,000. This was better than expected thanks to a downward revision to the previous week’s tally, but still counts as the second highest level since August and suggests that the sharp increase earlier this month was more than just seasonal volatility. This also marks the second straight monthly increase in the four-week moving average during the payroll survey week, hinting at another soft jobs report early next month.

But while the soft patch remains intact, it still doesn’t look to be spreading. The Philadelphia Fed’s manufacturing index unexpectedly shot up to an 11-month high 26.5 in January, as the new orders, shipments, and employment metrics all rose dramatically. The normal caveats associated with the regional manufacturing surveys apply here -the Philly Fed index, in particular, has been choppy in recent years- but these numbers jibe with the strong trend in the national ISM of late as well as with the recent surge in industrial production. This continues to be a very upside-down soft patch, one in which the factory sector has actually strengthened even as many services industries have been under increasing strain.

What bestselling book traces its origins to a 2003 New York Times Magazine article entitled “The Probability that a Real-Estate Agent is Cheating You (and Other Riddles of Modern Life)”?

Given that it may be composed entirely of iron and nickel, what is the estimated value of 16 Pysche, one of the largest objects in the asteroid belt between Mars and Jupiter?