You are at:Home»Retirement Income Channel»Social Security Changes Could Put NUSI in Spotlight 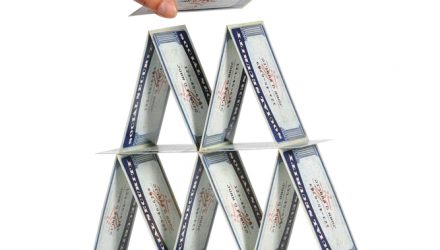 Regardless of what happens on Election Day, there could be looming changes to the Social Security system and that could put the Nationwide Risk-Managed Income ETF (NYSEArca: NUSI) in focus as income augmentation idea for investors.

With Election Day less than a month away, investors looking for added income may want to give NUSI a look now.

“On Social Security, the next Congress and administration will face several key policy questions,” said Morningstar analyst Mark Miller in a recent note. “At the top of the list is restoring the program’s long-term solvency, which already was eroding before the pandemic and may see some acceleration somewhat due to the economic downturn.”

Shore Up Income with NUSI

After Election Day, Social Security could face a variety of outcomes, underscoring the near-term validity of NUSI.

“Democrats would like to see Social Security play a bigger role ensuring retirement security than it does today by expanding benefits as part of a solvency fix. Meanwhile, Republicans in Congress are on record supporting benefit cuts. And President Trump has stirred up worries about the financial health of the program with his deferral of collections of the Federal Insurance Contributions Act, or FICA–better known as the payroll tax–that funds Social Security,” said Miller.

NUSI is also relevant today due to lingering concerns about the solvency of Social Security.

“President Trump signed a presidential memorandum in August ordering the deferral of FICA revenue through year-end, and he also said that he would push for termination of the tax if he wins a second term. It’s not at all clear that he could push this through Congress, but some experts think that the IRS code might permit him to defer FICA collections for an additional year,” according to Morningstar.