You are at:Home»Retirement Income Channel»Riskier Muni Bonds, Funds Paying off for Investors 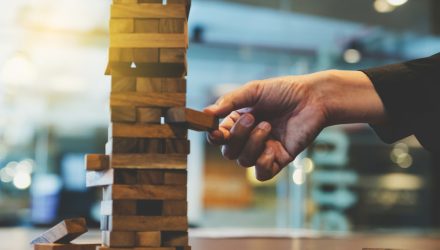 That scenario is repeating this year as fixed income investors flock to junk bonds, bank loans, and related fare. Some more conservative investors, including retirees, are embracing high-yield municipal bonds. While high-yield munis usually aren’t as risky as junk corporate debt, the asset class is viewed as carrying more potential pitfalls than its investment-grade counterpart. This year, however, investors are being rewarded by junk muni bonds.

“And overall, the municipal-bond funds that hold that riskier debt–so, bonds that are more sensitive to interest-rate changes or that have lower credit quality–have really outperformed their taxable counterparts. That trend has waned a little bit in the last few weeks and months, but year to date that’s still true,” says Morningstar analyst Elizabeth Foos.

High-yield munis do indeed compensate investors for the added risk. For example, the VanEck Vectors High Yield Muni ETF (HYD), one of the dominant exchange traded funds providing exposure to junk-rated munis, sports a yield of 3.60% compared to 1.96% on the S&P National AMT-Free Municipal Bond Index.

Adding to the allure of high-yield munis in the current environment is the fact that there’s financial support for issuers, which is keeping a lid on default rates.

“Muni issuers have been supported by dramatically improved economic backdrop in the U.S. this year, as well as very generous stimulus packages from the federal government that have really been able to plug those budget gaps when they’ve come up,” adds Foos. “And more recently, investors in the U.S. are really recognizing the potential for tax increases in the coming months, if not years. And the tax-free income offered by muni bonds is really attractive.”

Additionally, credit quality even among junk munis is solid, and that could be a buffer against some high valuations. However, valuation alone isn’t reason to run away from the asset class, and there are still some bargains to be found.

“While valuations have been stretched, portfolio managers are still reporting that there are some deals to be found there, and the yield potential in this particular space just has been more attractive than other fixed-income bonds,” concludes Morningstar’s Foos.