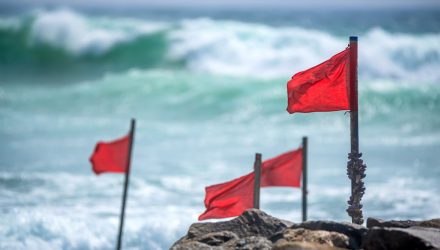 The sell-off in long-term Treasuries continued yesterday, as the 10-year yield rose for the 14th time in the last 18 sessions to hit its highest level since last February. The benchmark long-term yield is now up by more than 80 basis points since the summer, an increase pronounced enough to raise some concerns about the impact on the economy and risk assets.

As noted in this space on several occasions in recent months, however, it would be unusual for yields to continue climbing unabated in the absence of monetary tightening. Yields may remain on the rise for a time, but over the last five decades, at least, long Treasuries have retraced every major selloff prior to the first Fed rate hike of the cycle. In the early stages of each of the last three expansions, in fact, the 10-year yield rose by at least 100 basis points before fading again as benchmark short-term rates remained on hold. Since 1970, the 10-year yield has only once stood higher at the outset of Fed tightening than it did at the preceding turn in the business cycle, averaging a point-to-point decline of 75 basis points across all seven cases.

More to the point, rising longer-term rates, while they last, are steepening the curve and thus lifting growth expectations (there is a feedback loop at work here, as an improving outlook is pushing yields higher and in turn reinforcing the more constructive forward-looking view). The economy has historically performed quite well when the 10-year yield has been on the climb and has only faltered when the Fed has tightened sufficiently to invert the curve. Specifically, real GDP has risen at an average annualized pace of 3.4 percent during periods of rising long-term yields versus 2.2 percent in falling yield environments over the last five decades, but has advanced at just a 1.5 percent pace when the curve has been inverted. Most importantly, every recession in modern history has been preceded by short-term rates moving above the 10-year Treasury yield. Such a development still looks quite distant in this cycle, which strongly suggests a sustained expansion even as longer-term yields continue to ebb and flow.