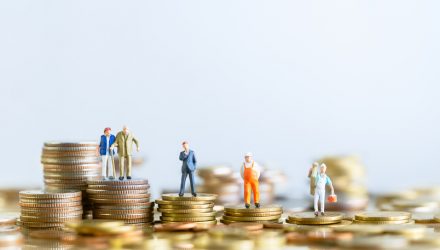 One area of finance that’s in dire need of elevated equality is retirement planning and savings. Not all workers have access to 401(k) plans. As for many outside of the public sector, defined benefit pensions are relics of bygone eras. For workers just starting out or those in lower-wage roles, saving for retirement is all the more difficult. Add to that, there are retirement issues that emerge along demographic and gender lines.

“BlackRock’s 2021 DC Pulse survey revealed that 7 in 10 retirement plan participants felt ‘on track’ with their savings to retire with the lifestyle they want. There’s more beneath the surface, though. A deeper look reveals that despite this rosy outlook from participants broadly, some are left behind,” says the asset manager. “A better retirement for all is an equitable one, and today’s differences across gender and racial lines are stark. For instance, BlackRock’s DC Pulse study found that women are nearly 20% less likely to report they are ‘on track’ for retirement compared to men, with concerns around outliving their savings having major influence.”

The BlackRock study also finds that there are significant retirement inequalities along racial lines that need to be addressed.

“The EBRI survey also showed that both male and female Black and Hispanic people are significantly less likely to have saved for retirement at all, a trend that’s true across all income levels for those two groups, but quite significant in lower income quartiles. Even among people earning more than $75,000 a year, the EBRI data found that 89% of white people reported saving for retirement compared to 84% of Hispanic people and 78% of Black people,” according to BlackRock.

Still, even workers with access to such plans crave more education and demand more steady income, indicating that there’s still plenty of work to be done.

“DC Pulse reveals that 8 in 10 participants say it would be helpful if their employer provided secure income generating options in their workplace retirement savings plan. And 89% even agree that knowing they’ll have guaranteed income in retirement would positively impact their well-being today,” adds BlackRock.