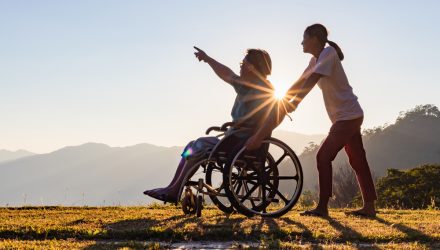 These days, retirees and those getting close to retirement have a lot on their plates. Soaring inflation has retirees pondering whether or not they have enough cash and investments to ride out rising consumer prices.

Add to that, bond yields are depressed, meaning that fixed income assets, broadly speaking, aren’t providing enough income. Many retirees believe that the only way to deal with this situation is to take on more equity risk at just the time they’re supposed to be reducing exposure to stocks.

“A new report from the Center for Retirement Research at Boston College, the second in a three-part series, explores the extent to which retirees’ combined financial and nonfinancial resources could meet different levels of need for care. An earlier CRR report concluded that about 20% of retirees will escape the need for long-term care services and 25% are likely to experience the type of severe needs that most people dread,” reports Mary Beth Franklin for InvestmentNews. “The latest report estimates that more than one-third of individuals don’t have enough resources for even a year of minimal care, and only 21% could cover several long-term care needs. The CRR researchers considered informal care from family members as well as paid care in projecting who had the resources to access long-term care if needed.”

There are avenues for reducing the burdens of long-term care costs, including the involvement of family members.

However, that’s not a viable option for all retirees, as some may live far away from family members or not have any relatives at all. Alternatives to family care are expensive.

“Paid care, either at a long-term care facility or at home, is costly. The national median cost for a private room in a nursing home topped $105,000 per year last year, according to the Genworth 2020 Cost of Care study,” according to InvestmentNews.

Speaking of inflation, that figure is 62% higher today than it was in 2004, confirming that advisors need to work with clients to head off the potential for long-term care surprises in the future.