You are at:Home»Retirement Income Channel»Why Retirees Need to Be Careful with Real Estate Allocations 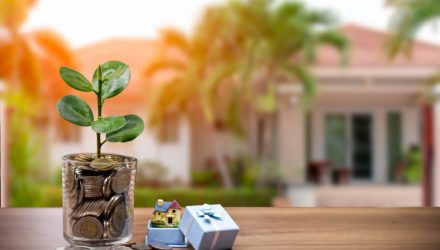 Why Retirees Need to Be Careful with Real Estate Allocations

Owing to its status as a sector with above-average dividend yields, real estate has long been a favored destination for investors and retirees.

That remains the case, but the coronavirus pandemic is facilitating significant changes in the commercial real estate arena – one of the core components of many active and passive real estate funds.

“The most obvious risk is the potential for a shift to remote work to impact office vacancies. As noted in this space late last year, a recent NBER paper suggests that more than 20 percent of all work days will be supplied from home post-COVID versus just 5 percent pre-pandemic,” according to Nationwide Economics.

Adding to what could become a murky outlook for commercial real estate are some well-known executives saying their firms’ real estate needs could shift in the wake of the pandemic as more employees work from home or are put on flex schedules.

“Even JPMorgan CEO Jamie Dimon, who has become a bit of pied piper for returning to the office, admitted recently that he expects the bank’s real estate needs to drop significantly as more employees work from home,” notes Nationwide. “Other firms have gone even further, of course, and most are at least embracing hybrid models. There will be knock-on effects here, as well, as this trend will at the margin amplify the longstanding headwind on the retail space stemming from the inroads made by e-commerce.”

Another scenario for real estate investors to consider is rising home ownership, which is being facilitated by low interest rates. That could be a drag on apartment real estate investment trusts (REITs), which are often prominently featured in many traditional REIT funds.

In a broader sense, investors may want to consider allocations to real estate segments benefiting from shifts caused by the pandemic.

“That leaves industrial, which, as the first quarter showed, will be a prime beneficiary of the booming recovery. Industrial valuations soared as the real GDP growth rate picked up steam in each of the last three expansions and should be in even better position in this cycle given the rapidly developing feedback loops and the potential for sustained policy support,” concludes Nationwide.