You are at:Home»Retirement Income Channel»Rethinking the Spending Side of the Retirement Equation 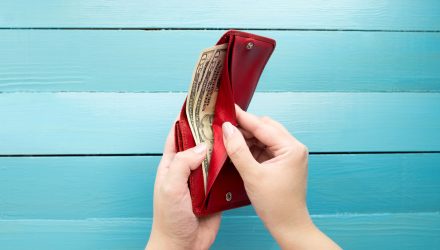 Rethinking the Spending Side of the Retirement Equation

Retirement is often viewed through the lens of savings. Workers save through 401(k) plans, individual retirement accounts (IRAs), and other vehicles, and even the most diligent wonder if they’ll have enough to maintain a high quality of life after they leave the workforce.

On a related note, how retirees spend is often overlooked because, for so long, conventional wisdom held that spending should be dramatically reduced upon leaving the workforce. Of course, that leaves little room for error, let alone discretionary spending on things such as travel. However, many retirees have the resources to enjoy life a little more and not worry so much about their financial resources.

“Surprisingly, recent reports from BlackRock in conjunction with the Employee Benefit Research Institute (EBRI) found that across all wealth levels, most current retirees still have 80% of their pre-retirement savings after almost two decades in retirement,” according to BlackRock. “Digging deeper, across all wealth levels measured, more than one third of current retirees actually grew their assets—leaving considerable potential retirement income on the table.”

With that in mind, factors such as diligent 401(k) savings, Social Security, and rates of returns are vital in the spending more in retirement scenario.

“Income from Social Security is the largest component in the retirement income mix for all retirees, but pressure on Social Security finances could lead to a future drop in benefits,” adds BlackRock. “Over the past 35+ years, a broad array of asset classes delivered robust returns; we believe few asset classes are expected to perform at the same levels into the near future.”

For current retirees, the bulk of the data revealed by BlackRock is positive. For those still in the workforce, there are some other factors that they need to start preparing for now. Those include a possible reduction in Social Security spending and continued weakness in the traditional 60/40 equity/bond portfolio split.