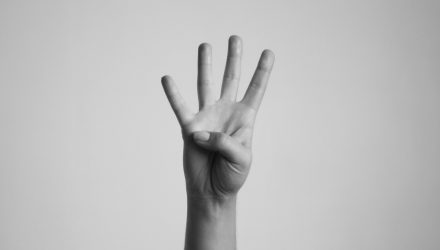 “Even retirement experts often disagree on the ‘right’ number for retirement withdrawals. The 4% rule–which assumes that retirees set an initial withdrawal rate equivalent to 4% of the starting portfolio value and adjust the previous year’s withdrawal amount each year for inflation–has been widely adopted by financial advisors and individual investors,” writes Morningstar analyst Amy Arnott. “But there has also been debate about whether withdrawals should ratchet down (to account for lower market returns) or up (to account for lower inflation), as well as the need for more flexible systems that don’t assume a fixed withdrawal rate.”

The Role Inflation Plays in Retirement

As is often said, inflation is one of the primary hurdles retirees deal with. The lower it is, the higher withdrawal rates can be.

“In fact, a low-inflation environment is one of the reasons a 4% withdrawal rate would have still been sustainable over the worst 30-year return stretch we’ve experienced to date: the period from 1929 through 1958,” adds Arnott. “Retirees during that period would have watched their portfolios suffer through the Great Depression, the bear market in 1937, and World War II. As a result, nominal returns for a 50/50 balanced portfolio averaged only 6.4% per year. But inflation was also unusually kind to retirees, averaging 1.8% over the 30-year period.”

Low yields on fixed income instruments and required minimum withdrawals are scenarios retirees will tussle with this year.

“It should be clear by this point that the only answer to the ‘right’ number for sustainable withdrawal rates is both vague and unhelpful: It depends. But we can make some educated guesses to test a plausible scenario,” continues Arnott. “There’s no question that lower bond yields don’t bode well for future fixed-income returns. At the same time, high equity market valuations suggest the possibility of lower stock-index returns going forward. To account for both of these scenarios, we used real (inflation-adjusted) returns on stocks and bonds as a starting point but reduced the arithmetic averages for both asset classes by 200 basis points. That leads to average real return assumptions of about 7% for stocks and 0.4% for bonds.”