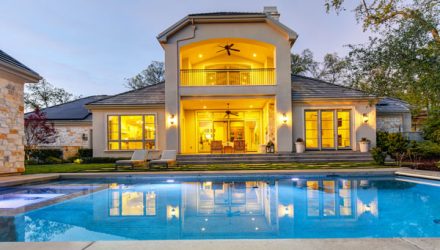 Rethinking Luxury During the Pandemic

As many of you reading this are aware, our fund family underwent a change recently. On July 1, the Holmes Macro Trends Fund changed its name and strategy to the Global Luxury Goods Fund (USLUX).

This decision was months in the making, and obviously there was no way we could have predicted that the fund’s debut would coincide with a global pandemic and economic downturn.

With stores having to close or limit foot traffic, not to mention millions of Americans out of work, discretionary spending in the U.S. has taken it on the chin. The bankruptcies are piling up, with the 200-year-old Brooks Brothers the latest to file for Chapter 11 protection.

Although we can’t change the current macro backdrop, we can adjust our interpretation of what a “luxury good” looks like in the age of COVID-19.

There’s evidence that the highest earners are doing the same.

From the very beginning, one of our goals for USLUX was to seek to track the spending habits of high net worth individuals (HNWI), whose incomes have historically grown at a much faster rate than not just other earner groups but also per-capita gross domestic product (GDP) growth.

Many reports now say that the uber-wealthy have pulled back their spending on non-essential goods and services due to the coronavirus.

The trick is to determine where they’ve reallocated their discretionary dollars during the pandemic, if not on items such as designer handbags and jewelry. And we believe we’ve cracked it.

The idea came to me as I was replacing my fencing in the backyard. After paying for the materials at Home Depot, I realized that they were among the biggest discretionary purchases I had made in recent weeks, in terms of cost.

Because of the virus, I haven’t been traveling, meaning the spending I ordinarily would have done at hotels and on meals and clothes has been diverted to home improvement projects.

Then I realized I’m not the only one. I noticed that other homeowners in my neighborhood have also used this time of sheltering-in-place to renovate, repair and replace roofs, fences, yards, swimming pools and more. A close family member just had a new patio built in her backyard.

A Bank of America survey in July bears out this trend. Seventy percent of Americans say they’ve undertaken home improvement projects during the pandemic, with even more projects planned for 2021, the survey finds.

Surveys are one thing, fundamentals are another. I was curious to see how Home Depot’s balance sheet has fared since state and local governments shut down large segments of the economy. Based on free cash flow (FCF), which represents the money a firm is free to spend after taxes and expenditures, Home Depot’s profitability was highest in the three months through May 3—well into the pandemic. On a per-share basis, FCF was an impressive $4.80, up 31 percent the same period a year earlier.

Year-to-date through July 8, the Atlanta-based company’s shares were up 15.6 percent, compared to the S&P 500, essentially flat at negative 0.9 percent.

Home Depot is categorized as discretionary. But is it “luxury”? In “normal” times, few people would say that it is. But these times aren’t normal, and consumers—including HNWI consumers—are changing their spending habits. So while we’ve had to adjust our conception of a luxury brand, we haven’t changed our goal of investing in companies that potentially benefit from greater spending from HNWIs.

None of this is to say that USLUX will exclude traditional luxury brands like LVMH, Christian Dior and others. Not only will such brands potentially be found in the fund, but their weightings will likely increase as the economy improves.

Likewise, by focusing on Home Depot, I’m not suggesting that home improvement companies are the only non-luxury “luxury” stocks in USLUX. I was simply using Home Depot as a prime example of the way we’ve had to rethink the idea of luxury at a time when fewer people are doing the kind of high-end shopping we associate with Fifth Avenue and Avenue des Champs-Élysées. Besides home improvement, HNWIs have also been spending more on health care, particularly concierge medicine.

A high-net-worth individual (HNWI) is a person or family with liquid assets above a certain figure. Although there is no precise definition of how rich someone must be to fit into this category, high net worth is generally quoted in terms of having liquid assets of six to seven or more figures.

The S&P 500 Index is widely regarded as the best single gauge of large-cap U.S. equities and serves as the foundation for a wide range of investment products. The index includes 500 leading companies and captures approximately 80% coverage of available market capitalization. It is not possible to invest directly in an index.

Fund portfolios are actively managed, and holdings may change daily. Holdings are reported as of the most recent quarter-end. Holdings in the Global Luxury Goods Fund as a percentage of net assets as of 6/30/2020: The Home Depot Inc. 6.02%, LVMH Moet Hennessy Louis Vuitton SA 2.92%, Christian Dior SE 2.51%.