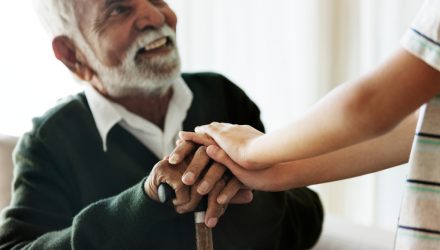 A Resurgent Economy Is Supporting Retirees Once More

The U.S. economy is the world’s largest. While the law of large numbers means it’s often difficult for the U.S. to notch emerging markets-esque GDP growth, it did just that in the first quarter.

In the first three months of 2021, the U.S. economy expanded by a stellar 6.4%, providing much needed support to retirement strategies that lean on cyclical, value, and dividend-paying equities. According to Nationwide, those tailwinds could be durable.

“Moreover, the momentum that built again in the first three months of the year does not appear to be waning,” notes Nationwide Economics. “Initial jobless claims fell by another 13,000 last week to bring the cumulative decline since the end of March to 176,000, the biggest monthly drop since last summer. The recovery has been driven to this point by massive stimulus and the loosening of lockdown restrictions, but it will be carried from here to a large degree by the rapidly improving labor market.”

Critics may be apt to say much of that first-quarter ebullience is attributable to government stimulus. That line of thinking isn’t inaccurate, and the concern is well-founded because stimulus won’t be permanent. However, the Federal Reserve continues signaling its willingness to support the economy.

“The FOMC made it clear Wednesday afternoon that it is still not close to paring its quantitative easing program or to lifting short-term interest rates while President Biden last night unveiled a new fiscal support package amounting to $1.8 trillion over the next ten years,” notes Nationwide. “With the Fed and the White House focused to varying degrees on structural issues – note the recent comments on inequality from both the president and the Fed chair – it is likely to be some time before policy is cyclically restrictive. The real GDP growth rate in the first quarter ranks among the strongest of the last two decades, but it is unlikely to appear to be such an outlier by the time that this cycle runs its course.”

Going forward, inflation could be a primary concern for retirees, because government spending is running hot and the labor force is contracting, skewing wage growth.