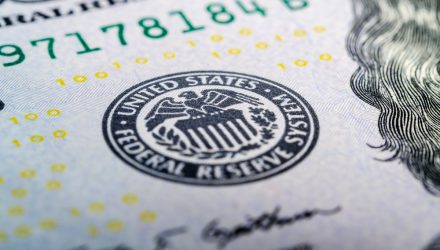 Earlier this week, the Federal Reserve signaled it will stand pat on its current monetary policy. That’s great news for retiree clients, because tapering in the bond market could make an already tricky fixed income environment all the more perilous.

“The FOMC left policy unchanged as expected yesterday while upgrading its assessment of the economy. The statement explicitly noted that the indicators have strengthened and that inflation has risen, but was otherwise virtually unchanged from that put out in mid-March,” according to Nationwide Economics. “Jerome Powell was similarly steadfast in his post-meeting press conference, indicating that it is still not time to think about tapering asset purchases and stressing that persistent inflation is unlikely as long as slack remains in the labor market.”

While data confirm economic growth is soaring and inflation is getting warmer, there may be some signals in the Fed’s refusal to veer from the course laid out at the height of the coronavirus pandemic.

“It is telling that the Fed’s messaging has been so little altered even in the face of surges in many of the growth statistics and widespread evidence of near-term inflation risks,” notes Nationwide. “While the small shift last month in the share of FOMC members expecting rate hikes in 2022 and 2023 could mark the beginning of a creeping hawkishness given the booming recovery and the potential for some transitory price pressures to be slow to dissipate (note Intel’s statement last week that the semiconductor shortage might last for two more years, for example), the ongoing dovishness is a strong sign that the pivot is going to be exceedingly drawn out.”

Previously, the Fed indicated rate hikes wouldn’t be in the cards until 2023, but even if that scenario arrives sooner than expected, it may not be as abrupt as some investors believe.

“Moreover, it would come as little surprise should the actual tightening this time around prove as halting as that in the last decade,” continues Nationwide. “The Fed has moved at an increasingly gradual pace in recent cycles and the focus of late on augmented measures of unemployment suggests that the approach will remain cautious going forward. Consider that, based on the current levels of the federal funds rate and the 10-year Treasury yield and the historic relationship between the two during tightening cycles, it would take more than ten 25-basis point rate hikes from here to invert the curve. Should inflation remain as subdued as the Fed expects, then, it is shaping to be quite some time before financial conditions are restrictive and this nascent expansion is imperiled.”