You are at:Home»Retirement Income Channel»NUSI Has the Income Goods, Makes it Easy for Investors 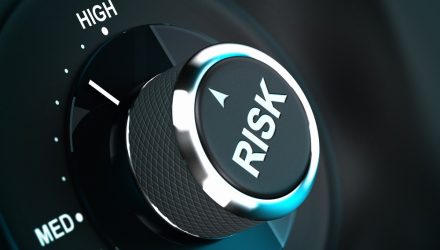 NUSI Has the Income Goods, Makes it Easy for Investors

Generating income doesn’t have to be difficult, but the Nationwide Risk-Managed Income ETF (NYSEArca: NUSI) can take some of the labor out of the endeavor for investors.

“Investors who sell covered calls on a frequent basis oftentimes don’t have a clue as to why they are utilizing the strategy,” according to Seeking Alpha. “Also, they don’t thoroughly understand the principles of management: should we adjust our positions all the time to keep our directional exposure in check or should we stay mechanical to let the probabilities work out in our favor?”

In other words, there’s work involved with writing covered calls on individual indexes or stocks, but with NUSI, investors don’t have to do that work themselves.

With income stemming from covered calls, downside protection, and a distribution yield of 7.81%, NUSI is a strong alternative to traditional dividend income in this market climate.

“A covered-call writing strategy that adjusts the strike price during corrections will see smaller drawdowns than the covered-call strategy with a static strike price. This is quite logical: smaller long delta and a higher options credit to reduce standard deviation,” according to Seeking Alpha.

That’s a relevant point with NUSI because the fund is actively managed and doesn’t focus on a single strike with is covered calls. Plus, the fund offers downside buffers via protective puts.

Even its high income stream and downside protection, NUSI doesn’t sacrifice upside participation as highlighted by a gain of more than 14% over the past 90 days.