You are at:Home»Retirement Income Channel»New Legislation Could Allow You to Use 401(k) Money for Emergencies 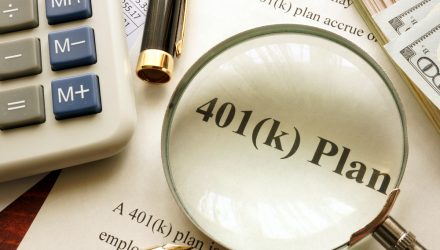 The 2020 CARES Act passed in response to the coronavirus pandemic allowed workers to access retirement savings locked up in vehicles like 401(k) plans and individual retirement accounts (IRAs) for pandemic-related emergencies without triggering the 10% levy on early withdrawals.

In a rare act of bipartisanship, Sen. James Lankford (R-OK) and Sen. Michael Bennet (D-CO) recently introduced legislation providing for penalty-fee emergency withdrawals from retirement accounts up to $1,000 per year.

New data indicate almost 40% of Americans can’t afford a $400 emergency expense, so this legislation, if it makes it to President Biden’s desk, could be impactful for millions of Americans.

Currently, there are options, such as loans and hardship distributions, for early withdrawals from retirement plans, but those are principally intended for big distributions and loans carrying interest, making the Lankford/Bennet plan more appealing to many workers.

“This small tweak to give saver’s comfort that they’ll have access to their money in the event of an emergency would remove a big barrier preventing some low- and middle-income workers from saving for retirement in the first place,” says Nationwide’s Eric Stevenson. “The ability to access a small savings without a tax penalty will help prevent many people from digging themselves into a financial hole due to an unplanned emergency expense.”

The legislation could have another positive impact: encouraging more workers to participate in employer-sponsored retirement plans. Many, particularly those in lower wage brackets, don’t take advantage of those offerings because they’re fearful of locking up cash and not being able to access it in pressing situations.

“The ability to take emergency withdrawals might serve to reduce this reluctance and encourage workers to reconsider participation in their employer-sponsored retirement plans,” adds Stevenson.

There’s support for the legislation among financial professionals. Nationwide’s survey of advisors and other pros indicates 90% of those polled favor enhancing accessibility of retirement savings for workers that encounter emergencies.

Congress should “enact this legislation and make retirement savings more accessible to savers in the event of an emergency,” concludes Nationwide’s Stevenson. “Taking this sensible step will provide another means to help Americans deal with short-term emergencies while also saving for their retirement in the future.”