You are at:Home»Retirement Income Channel»Negative rates not imminent, but possible longer-term 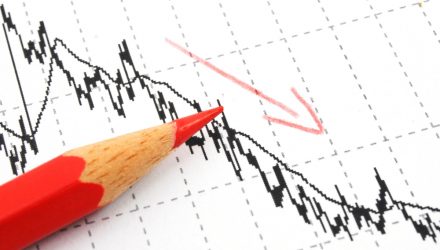 The Bank of England caused a small stir last week when it directed commercial banks in the U.K. to prepare for negative rates within six months should the economic recovery falter. The bank went out of its way to qualify that it still expects growth to pick up in the second half of the year and that it does not intend to push rates into negative territory, but, with its benchmark currently standing at just 10 basis points, this is clearly a risk in the unlikely event that the economy relapses.

The same is true for most major central banks around the world, including the Fed. While the downside risks for the year ahead are increasingly limited, another exogenous shock (or an unforeseen worsening of the one still in play) would be enough to fuel an additional round of monetary stimulus.

The more likely scenario, however, is that negative rates will be a legitimate option at the next turn in the cycle. We are now in an era of monetary policy supercycles, in which accommodative central bank actions in recessions lead to long imbalance-inducing expansions that in turn give way to sharper downturns warranting even more aggressive central bank responses. Consider that the FOMC’s cut in the fed funds target to 1.00 percent in 2003, which was viewed as extraordinary at the time, now appears to be pedestrian, even timid, in retrospect. The Fed, of course, reduced its benchmark rate to zero and launched three quantitative easing programs in the subsequent cycle and then moved even more rapidly in those same directions and established a series of new lending facilities to support the economy through the COVID pandemic. Given the imbalances that are already beginning to build –surging equity and home prices, a budding mismatch between supply and demand in the labor market, etc.– it is easy to imagine another jarring recession and bear market at the end of this expansion, requiring policymakers to break new ground once again in response. Negative rates are still a longshot in this cycle, but it is not so farfetched to expect them to be on the table in the next one.