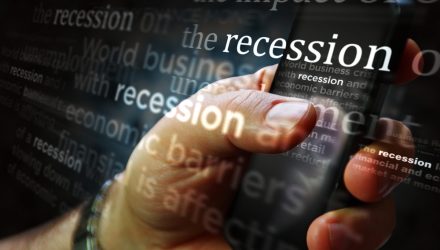 Nationwide Survey: Recession and Volatility Top of Mind for Advisors

Is a recession ahead? Advisor and investor confidence has dropped off in the last year as uncertainty continues in the face of bearish markets and prolonged volatility. The recent annual Advisor Authority survey conducted by Nationwide recorded a 15% drop in advisor optimism about markets and a 10% drop in investor optimism between this year and 2021.

Just 48% of advisors reported feeling optimistic about their 12-month financial outlook, down from 63% last year, while 39% of investors expressed optimism about their financial planning compared to 49% last year. This is the eighth year for the survey, which was conducted online between July and August and polled 506 financial advisors and 521 investors over the age of 18.

“While it’s surprising that expectations about volatility have dropped among investors, it may indicate that they are coming to grips with the possibility that volatility is the new normal,” said Mark Hackett, chief of investment research at Nationwide, in the press release. “While investor concerns have lessened, volatility and inflation are likely to persist in the year ahead. Financial professionals should be talking to clients about implications for their portfolio.”

Worries about inflation in the next 12 months have jumped substantially since last year’s survey: 46% of investors reported concern compared to 29% in 2021. What’s more, 40% of investors attribute volatility over the upcoming 12 months to inflation.

Almost all investors (86%) reported that having an investment plan makes them feel in control — even if it doesn’t plan for everything, but that number has declined since 2020, when 93% reported feeling in control. Similarly, 87% of investors with a plan in place feel confident about their investments, including during a financial crisis, but that number has declined from 90% in 2021.

Of the investors surveyed, only 55% reported that they work with a financial advisor.

“Investors today want to feel confident in their ability to retire, no matter what is happening in the world,” said Eric Henderson, President of Nationwide Annuity, in the press release. “This is where advisors and financial professionals can step in to create a sense of security and confidence in their clients’ long-term plans.”