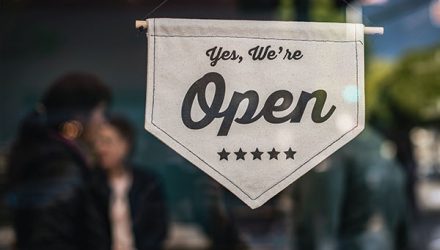 The world watches as a number of economies begin, or plan, to lift certain lockdown measures that were earlier put in place to slow the spread of the coronavirus.

China may have been the first to do so when it reopened Wuhan, the industrial city of 11 million that was ground zero for the novel virus, though life there is still far from normal.

Last week, Italy began allowing small shops such as clothes retailers to reopen, with strict distancing guidelines still in effect, while Spain has allowed manufacturing and construction to resume operations. Germany is set to start gradually reopening its economy today.

The government of Quebec added mining to its list of essential services, giving producers such as Agnico Eagle, Eldorado Gold, Glencore, IAMGOLD, Yamana Gold, and others the go-ahead to restart operations.

As for the U.S.—which saw a record 4,591 coronavirus deaths in the 24-hour period ended last Thursday night—President Donald Trump unveiled guidelines for “Opening Up America Again,” a three-phase approach to be executed by state and local officials.

On Friday, Texas Governor Greg Abbott set a path to lift some restrictions on retail shopping, provided that customers order ahead of time and pick up purchases curbside. U.S. retail sales plunged 8.7 percent in March from the previous month, the biggest one-month drop since the Census Bureau began tracking the data in 1992.

Other governors and mayors, meanwhile, are tightening restrictions, even requiring face masks to be worn in public. On Friday, the rule went into effect for all 19.5 million residents of New York. Starting today, everyone in San Antonio—home to U.S. Global Investors—will need to wear a face mask while in public, or else face a possible $1,000 fine or up to six months in jail.

Over 30 Million Infections Globally Over the Next 12 to 18 Months, CLSA Predicts

This all comes as new daily COVID-19 cases are believed to be peaking worldwide, though I should add that it’s still too early to celebrate or to call an end to the Great Lockdown. Even if we somehow managed to get the number of new cases down to zero, it’s likely that the virus would return in additional waves.

Two additional waves, to be more exact. That’s the projection, at least, of quantitative analysts at CLSA, working in conjunction with professors at the University of Toronto. In a research report dated April 17, the group, led by Head of Quantitative Research Jon Barden, states that until a vaccine is developed, the coronavirus could continue to reseed itself in human populations, with the second wave to peak in late August and the third in early 2021.

That shouldn’t surprise anyone. After all, the common flu returns every year.

The most shocking part of CLSA’s forecast is that more than 30 million people could contract the virus over the next 12 to 18 months. CLSA believes this could be the case since “current reported new cases do not yet include nearly 80 percent of the world’s population.” As I write this, the total cumulative number of confirmed cases tops 2.4 million, but the actual number is undoubtedly much higher.

The biggest contributors to the global infection rate over the long-term, says CLSA, will be Brazil, India and the U.S.

In late March, Brazilian President Jair Bolsonaro suggested that people in his country are naturally immune to the virus—which probably came as news to the more-than 30,000 infected Brazilians.

Unlike Bolsonaro, Indian Prime Minister Narendra Modi appears to be taking the virus seriously, but the problem, as CLSA sees it, is that a large percentage of its people live in extremely dense and poor areas, making it difficult to implement controls quickly and broadly.

How Big Is the Monetary and Fiscal Stimulus?

Something I’ve been tracking with regard to the coronavirus is the unprecedented, synchronized monetary and fiscal response by global central banks and governments. Last month I predicted that the total amount of liquidity pumped into the world economy would be $10 trillion, but we’ve already surpassed that, with more on the way.

In a research piece last week, Morgan Stanley reported that the Federal Reserve’s balance sheet has expanded a staggering $1.9 trillion since February 26, just days after the S&P 500 peaked, while the U.S. government’s budget deficit, at 18 percent of GDP, is already the widest its been since 1940. If an additional $1.25 trillion relief package is authorized, to follow the $2.2 trillion package that was passed and signed last month, then the deficit would widen further to an estimated 24 percent—a full quarter of the U.S. economy.

Additional liquidity will be needed regardless, as the small business emergency loan program has already blown through its entire $350 billion.

Domestic airlines were able to secure help from the Treasury Department last week to continue making payroll. The 10 biggest carriers, including America, Delta, United and Southwest, will share the $25 billion Payroll Support Program. Commercial aviation is responsible for some 10 million jobs in the U.S., both directly and indirectly, making it one of the most important economic engines today.

This is all on top of the $2.3 trillion the Fed is pumping into the economy. As I discussed with you recently, all this extra liquidity has to go somewhere, and often gold has been a beneficiary, as well as gold equities.

Since the market’s peak on February 19, few industries have performed as well as gold mining, as investors are betting that higher precious metal prices will boost company earnings and cash flow. Senior producers, as measured by the NYSE Arca Gold Miners Index, were positive at 1.87 percent, as of April 16.

A number of mining companies have done very well during the Great Lockdown. Newmont leads the pack at more than 28 percent since February 19. In a recent note to investors, JPMorgan called the world’s biggest gold miner  “a rare find” in the mining industry, adding that it “should generate strong free cash flows at current gold prices and still fund its healthy dividend (2 percent yield).”

But it’s not just the seniors like Newmont, Barrick and AngloGold that have performed well. Several junior producers have also jumped lately on positive drilling results and guidance. Toronto-based Teranga Gold has increased close to 27 percent following its recent acquisition of Massawa, a high-grade gold mine in the West African country of Senegal. Roxgold rose 14.6 percent, fueled by the release of an “exceptional” preliminary economic assessment (PEA) of its Séguéla mine in the Ivory Coast of Africa.