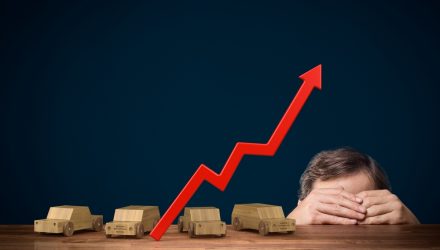 Losing Fear of Inflation Is Crucial for 2023 and Beyond

It’s safe to say that there’s a lot of fear to go around in the capital markets given the current economic environment. A lot of that fear stems from inflation, but losing that fear will help make for a less stressful retirement.

The rising tide of inflation can certainly be the bane in a retiree’s income portfolio. It doesn’t help that the U.S. Federal Reserve is continuing to tighten monetary policy, meaning that fixed income sources like bonds are seeing an erosion of the income benefits they can provide for retirees.

“Nothing strikes as much fear into the hearts of retirees as inflation, and for good reason,” a Forbes article noted. “The best-laid retirement plans can be wrecked by the rapid decline in value of the dollars you’ve socked away in your golden years.”

Rising inflation can also pose a problem for those who are considering retirement. Prospective retirees may have to push their target dates back thanks to rising consumer prices globally.

“Americans are acutely aware of the current 40-year highs in the rate of U.S. inflation,” the article said further. “According to a recent iteration of the BMO Real Financial Progress Index, a quarter of Americans say high inflation will delay their retirement.”

That delay can be exacerbated when the stock market is experiencing weakness like it is now, with the S&P 500 down about 15%. With a lot of market uncertainty still left heading into the final weeks of 2022, it puts 2023 and beyond at risk for more market pain.

“Retiring into a bear market makes it more likely you’ll run short of money over the long haul,” said Liz Weston, CFP, a financial advice columnist and author of “The 10 Commandments of Money.”

There Are Other Things to Worry About

The last thing anyone (not just retirees) needs is to worry about things they can’t control. Inflation is going to happen, and there’s no self-guided switch to turn it off or on as necessary, so one thing retirees can do is simply stop worrying about it.

Instead, retirees can worry about things that bear more significance. According to the Forbes article, that includes things such as property tax rates or healthcare.

In addition to not worrying about inflation, the article offered other retirement tips that are worth noting. This includes understanding return risk and re-thinking housing costs.