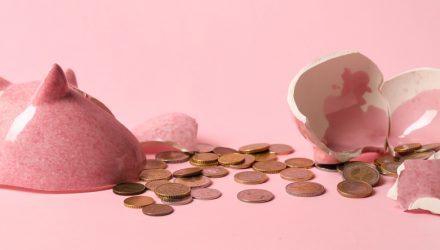 Many Americans who are LGBTQ may have a harder path saving for retirement, than their straight peers, according to the Employee Benefit Research Institute’s retirement confidence survey.

According to the survey, which was released in June, more than half of middle-income LGBTQ respondents were not confident that they will have enough money to live comfortably in retirement, compared to 29% of straight respondents in the same income bracket. In each income group, straight Americans were more likely than LGBTQ Americans to have $250,000 or more in savings.

Rob Curtis, the founder of Daylight, a financial platform dedicated to advancing the LGBTQ community’s financial well-being, is quoted in CNBC as saying: “We are just not on an even playing field in terms of preparing for our retirement.”

LGBTQ respondents were less likely to be married, which means they couldn’t access spousal benefits or build for retirement as a legally bound couple.

“They’re not necessarily taking advantage of the tools that are available,” Curtis added.

People who are LGBTQ tend to make less than their straight counterparts on average and are more likely to be cut off from familial wealth. This earnings gap is even larger for those whose identities intersect with other marginalized groups, such as people of color, women, and transgender individuals.

“LGBTQ Americans have disproportionately lower financial resources, and how they feel about retirement and financial security is clearly affected by having fewer resources,” the survey said. “LGBTQ Americans are more likely to have priorities other than retirement savings, which would mean they could benefit from increased assistance in balancing competing financial priorities, such as debt reduction, supporting family, and their own long-term savings.”

According to the EBRI, financial service companies could also do more to “make LGBTQ Americans more comfortable in their interactions, as these individuals are more likely to feel that they have not been treated fairly by financial service companies. Lower- and upper-income LGBTQ Americans are also more likely to say they have had trouble accessing or utilizing employer-sponsored benefits for their dependents or beneficiaries, which could be hindering their full participation in these programs.”