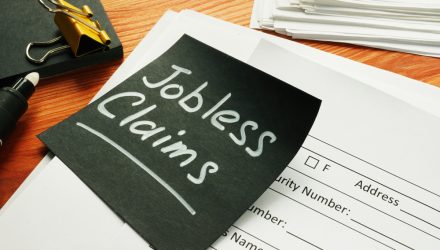 New claims for unemployment insurance shot up by 181,000 last week to a four-and-a-half month high 965,000. Continuing claims also moved higher. Some of this surge owes to typical holiday season volatility – note that January has historically been the choppiest month for claims – and some perhaps to confusion surrounding the last-minute extension of CARES Act benefits last month, but this is likely mostly a function of a deepening soft patch. The rapid climb in new COVID cases and creeping state and local restrictions on business activity are making an increasing dent in the labor market and the economy at large. The recent pickup in vaccine distribution is an encouraging sign that the slowdown won’t be especially long-lived, but Thursday’s numbers are another strong hint that it will intensify before it runs its course.

Fed Vice Chair Richard Clarida said on Wednesday that the benchmark interest rates would not be lifted “until we get 2 percent inflation for a year”. This adds clarity to the new average inflation targeting framework and further suggests that it could be quite some time before policy is tightened. Consider that the core PCE inflation rate currently stands at a tame 1.4 percent and hasn’t maintained a 2.0 percent level for more than a year since the mid-2000s. It is to be expected that markets will at least temporarily pull rate hike expectations forward given the potential for robust growth later this year and a one-off reset in the inflation rate, but it still looks to be quite some time before policymakers actually pull the trigger.

The technical pattern marked by a sharp rise, a spiky top, and a rapid decline, which is most prevalent in cryptocurrencies, is named for what iconic character?

What territory’s 10 dollar bill, which is not legal tender but can be purchased at par with U.S. currency, features a portrait of Robert Falcon Scott and the quote “Great God! This is an awful place…”?