You are at:Home»Retirement Income Channel»It’s Not Yet Alarming, but Concerns Are Emerging for Investors 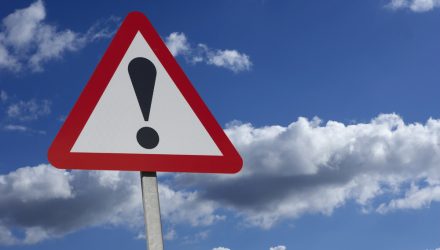 It’s Not Yet Alarming, but Concerns Are Emerging for Investors

September was a weak month for equities. In fact, it was just the second monthly loss this year (January was the other), and while the S&P 500 didn’t decline in dramatic fashion last month, some market observers believe that the list of concerns for investors is getting a bit longer.

A recent resurgence in 10-year Treasury yields, which earlier this year proved thorny for growth stocks, is among the items on the list of near-term investor worries.

“Interest rates continue their march higher on incremental hawkishness from the Fed, with the 10-year Treasury yield at the highest level since May at 1.61%,” says Nationwide’s Mark Hackett. “Returns for mortgage-backed securities are mostly negative this year on higher rates and the looming taper. A disappointing jobs report was insufficient to change the minds of investors that a Fed tapering is on the way. Inflation expectations are contributing to the recent surge, with the 10-year breakeven inflation rate derived from TIPS at 2.5%, the highest level since May.”

Speaking of interest rates and goings-on from last month, the September meeting of the Federal Open Market Committee (FOMC) reveals that the Federal Reserve is warming to the idea of an interest hike in 2022 — far sooner than was expected at the start of this year.

Making that situation all the more concerning for investors is the possibility that it could arrive against the backdrop of pesky inflation as rising consumer prices are currently defying expectations and proving more persistent than transitory.

“Inflation has been a concern through much of 2021, driven by challenged supply chains and labor shortages, but the surge in energy prices is driving inflation from a different flank,” according to Hackett. “Crude prices have soared nearly 70% this year to a seven-year high of $82. Natural gas has more than doubled and is near a 13-year high driven by energy demand, while coal has hit record levels, up four times the level from the Spring. High energy prices are a tax on consumers, particularly low-income families which spend roughly 10% of income on energy needs.”

Next up on the docket is earnings. Third-quarter earnings season starts next week with the financial services sector getting the ball rolling, and bullish forecasts for the fourth quarter may be hard to come by.

“Growth for the S&P 500 is forecast to rise nearly 30% from a year ago, marking the third-best quarter since 2010. Estimates were revised higher through the quarter for the fifth-straight quarter (longest streak on record), though revisions turned lower in September as supply chain issues and input cost pressures remained unresolved,” concludes Hackett.