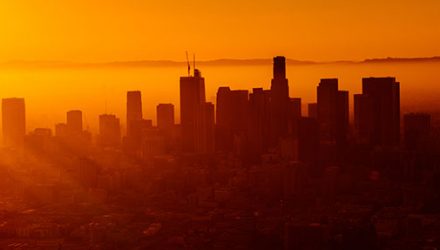 It’s Always Darkest Before the Dawn

For the billions of observant Christians and Jews across the globe, Holy Week is the most religious time of the year. Whereas Christians observe and celebrate Christ’s crucifixion and resurrection, Jews commemorate the Hebrews’ exodus from enslavement in Egypt to the Promised Land.

In both cases, it’s a time of renewal and rebirth—something the U.S. and world need now more than at any other period in modern memory.

Even if they’re not among the more-than half a million people in the U.S. who are confirmed to have contracted the coronavirus as of Monday morning, a great number of Americans were hurting this Easter and Passover. Some 6.6 million additional workers filed for jobless claims last week, bringing the three-week total to nearly 16 million after the previous week’s figures were revised up to 6.9 million, an all-time record.

CNBC estimates that after factoring in the most recent tally, the U.S. has lost 10 percent of its workforce due to business closures.

However, it’s always darkest before the dawn, as they say, and there’s reason to keep hope alive that conditions will be improving sooner than expected.

Daily deaths in the U.S. related to COVID-19 recently surpassed 2,000 for the first time, but it’s important to remember that, as tragic as they are, deaths are a lagging indicator. The numbers to watch are new cases, and by most accounts, those are beginning to flatten. In New York City, the epicenter of the outbreak in the U.S., hospitalizations are slowing.

A World Without Hand-Shaking?

With the curve potentially beginning to flatten, a lot of people may be wondering when businesses can open again and life return to normal. A better question, I think, is what “normal” will look like in a post-COVID-9 world. As I discussed in an earlier post, businesses will undoubtedly need to rethink every part of operations, from marketing to global supply chains.

“When you gradually come back, you don’t jump into it with both feet,” Fauci said. “You say, what are the things you could still do and still approach normal? One of them is absolute compulsive hand-washing. The other is you don’t ever shake anybody’s hands.”

For many—especially those in business and politics—avoiding hand-shaking is likely a bridge too far.

Compared to what residents of Wuhan, China must do, keeping your hands to yourself may be preferable.

As you may have heard, Wuhan, the central Chinese city of 11 million where the novel coronavirus originated, officially ended its lockdown last week—but life there is still far from “normal.” To move freely in and out of the city, which was sealed off on January 23, residents must show authorities a government-sanctioned phone app that indicates their risk of infection based on a number of datapoints, including their home address, recent whereabouts and medical history.

Google and Apple announced this past weekend that they were partnering to develop their own coronavirus-detection application, “with user privacy and security central to the design,” according to a press release. The interface will reportedly be based on “contact tracing,” or using big data to determine if the user has recently come into contact with someone who is sick with the virus. China has obviously been more aggressive, as there are no privacy issues to worry about. These measures appear to be producing favorable results, if its daily reports are to be believed. Last Tuesday, the country reported no deaths related to COVID-19 for the first time since January

Evercore ISI analysts believe that the success of China’s “health code” app in slowing the spread of infection has given Beijing another reason to surveil and collect data on its citizens. The government “will want to track the footsteps of every citizen… so that preventive and control measures will be implemented more efficiently next time an epidemic hits,” writes Donald Straszheim, head of Evercore’s China research team. “The cause of big data is set to benefit, and ultimately public and commercial service sectors [may]become more efficient due to more data collected.”

Readers may also be wondering when air travel and hotels will return to a pre-COVID-19 “normal.” That’s precisely the question Evercore ISI analysts were tasked with last week. More than 50 percent of respondents believe that hotels and leisure air travel will return to normal by year end 2021. To a lesser extent, analysts believe the same about corporate air travel.

Duane Pfennigwerth, airline equity researcher, explains that there’s a reason why leisure could bounce back faster than business: “Travel policies and a reluctance to host or travel to large group events may be a headwind to corporate travel for some time.”

As such, whereas there’s the potential for a V-shaped recovery in the broader economy, Pfennigwerth believes we’re more likely to see a U-shaped recovery in air travel. What’s more, “domestic leisure will recover more quickly than long-haul international.” Those carriers include Allegiant, Spirit, Alaska, JetBlue and Southwest, with Southwest having entered with this crisis with the strongest balance sheet, according to Pfennigwerth.

Buybacks and Dividends to Be Reduced (Or Cut Altogether)

We can file this under “No Surprise,” but I’ll share it with you anyway. In a note to clients last week, Goldman Sachs says it expects stock buybacks by S&P 500 companies to be cut in half this year to some $371 billion from $730 billion in 2019. Since the start of March, as many as 51 firms have suspended their share repurchases to preserve capital. Companies that have prioritized buybacks have actually lagged so far this year, Goldman analysts say, with investors rewarding those in the process of reducing debt and improving their balance sheets.

As for dividends, an estimated 21 S&P 500 companies have announced they would be cutting or suspending payouts for the second quarter, including Royal Caribbean Gap, Kohl’s, Ross Stores, Starbucks and MGM Resorts. According to Bloomberg, companies are slashing dividends at the fastest pace since 2009 as they try to preserve capital. Consumer discretionary is expected to make the deepest cuts with a decrease of as much as 25 percent between the first and second quarters.

In light of this, our friends at Visual Capitalist have created a helpful infographic of dividend stocks that are still offering strong yields. I urge you to check it out!

Did you catch the latest news about our airlines ETF? If not, read the press release by clicking here!

Holdings may change daily. Holdings are reported as of the most recent quarter-end. The following securities mentioned in the article were held by one or more accounts managed by U.S. Global Investors as of (12/31/2019):