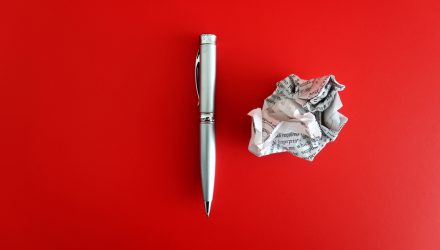 Is It Time to Rethink the 4% Retirement Rule of Thumb?

When it comes to retirement, many have stuck to a spending regiment known as the 4% rule, but a combination of high inflation and elevated market valuations could change the calculus.

Retirees have for decades relied on the 4% rule to determine how much was enough to safely spend during their golden years without worrying about expenses. However, the rule’s inventor warned that retirees will have to change their habits given current market conditions, the Wall Street Journal reports.

Retired financial planner Bill Bengen, who first devised the 4% rule in 1994, cautioned that a combination of 8.5% inflation along with high stock and bond valuations makes it harder for recent retirees to follow the standard guidelines.

Consequently, Bengen advised retirees to make a less aggressive approach to spending their nest eggs, at least until it can be better determined whether or not the surge in prices is a long-term or short-term trend.

“The problem is that there’s no precedent for today’s conditions,” Bengen told the WSJ.

These concerns are also echoed by others, such as a recent report from Morningstar Inc., which recommended a 3.3% initial withdrawal rate instead of the traditional 4% for those retiring today in order to keep up with inflation over three decades and maintain a higher degree of certainty that the money will last.

While Bengen has updated the traditional stock and bond portfolio to include international stocks and midsize, small-cap, and micro-cap U.S. stocks as well as Treasury bills, he argued that new retirees with highly diversified portfolios that should normally support a 4.7% withdrawal rate might want to slightly lower down to around 4.4% in today’s more challenging market environment.

The overall theme seems to be lowering spending to a more conservative amount and cutting back whenever it is possible.

“I won’t eat in restaurants as much. I live a fairly simple life. I don’t take a lot of trips and I’m happy with a deck of cards and three other bridge players,” Bengen, who retired in 2013, said.

During periods of high inflation, Bengen argued that withdrawals made under the 4% rule “grow by leaps and bounds,” which means that the portfolio must earn a higher return to prevent depletion.

Furthermore, stock valuations are another threat, with equities trading at about 36 times corporate earnings over the past decade, according to Robert Shiller’s CAPE (cyclically adjusted price-to-earnings) ratio.

“That is double the historic average,” Bengen added. “While low interest rates justify higher stock valuations to some extent, I think the market is expensive.”

When bear markets occur, retirees will be withdrawing money out of a portfolio that is shrinking, which is especially dangerous early on in a retirement, since most retirees need their savings to last.