You are at:Home»Retirement Income Channel»Investors Need Not Throw Fits over Taper Tantrums 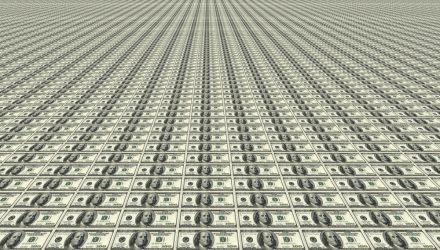 Since it first entered the investment lexicon in earnest in 2013, the phrase “taper tantrum” has spooked investors. That’s understandable, because the term describes withdrawal of central bank purchases of assets, usually fixed income instruments, and that buying has been supportive of riskier assets, including equities, over the past 15 months.

Fears of tapering by the Federal Reserve – the U.S. central bank unleashed a massive buying program of fixed income exchange traded funds during the early days of the coronavirus pandemic – is seen as one reason 10-year Treasury yields spiked in the first quarter.

The Fed ceased buying bond ETFs last August and hinted on Wednesday it’s getting ready to liquidate those holdings. The U.S. central bank isn’t the only one that can give investors taper jitters. It was recently revealed that May was the first month since 2012 in which the Bank of Japan (BOJ) didn’t purchase any ETFs.

“With no room for policymakers to move rates lower, the central banks embarked on aggressive bond-buying programs to add liquidity to the global financial system and keep longer-term interest rates low,” says Nationwide’s Mark Hackett. “The consolidated balance sheets of the developed market central banks have jumped by 56% from pre-pandemic levels to more than $25 trillion. That’s equivalent to 57% of the combined GDP of these countries in 2020.”

On the surface, curtailing of central bank support appears ominous. Investors can confirm that view by narrowly focusing on history – say the aforementioned first-quarter rise in Treasury yields or the S&P 500’s near-term showing after the 2013 taper tantrum. However, as Nationwide’s Hackett points out, there’s more to the story.

The S&P 500 “initially lost 5% of its value over the first month of the 2013 taper tantrum, but quickly recovered to gain 13% return from date of the tapering hint to the end of the year. Removal of a key driver of central bank stimulus will likely cause volatility in the bond and equity markets, but history shows the long-term impact is unlikely to be as extreme as many bears fear,” he said.

Time will tell if a similar scenario comes to pass, but since the end of the first quarter, 10-year yields are showing some signs of steadying, and the S&P 500 is up 3.4% since the start of the current quarter. Perhaps those are signals another taper tantrum won’t be much of a tantrum at all.