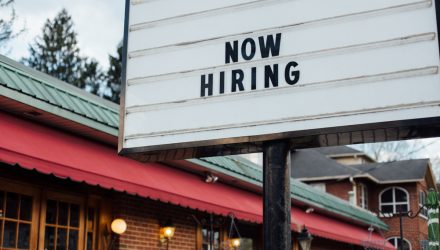 Market participants are being inundated with inflation talk. As is the case with so many financial market debates, there are divergent camps on this issue. Some experts believe this round of rising consumer prices will be transitory. Others are wagering higher prices could be longer-lasting.

In fact, the April jobs reports, which showed the addition of 266,000 roles (economists expected much more) is a case study in how employment data can impact inflation expectations.

“Strong economic data following the re-opening of regional economies and aggressive fiscal support contributed to these inflated estimates,” said Nationwide’s Mark Hackett. “The employment picture became even more uncertain after last Tuesday’s (May 12) release of the Job Opening and Labor Turnover Survey (JOLTS), which showed a record 8.1 million job openings in the U.S.”

Translation: There are 9.8 million Americans out of work, and, by Hackett’s estimate, 83% could have a job when not accounting for location and skill sets. That’s a high percentage, and likely explains why some states are ending the $300 a week in added unemployment benefits.

“A more contentious subject is the influence of enhanced unemployment benefits in the form of $300 weekly payments from the federal government in addition to the state benefits available to unemployed workers,” notes Hackett.

As it pertains to inflation, a new challenge is emerging. Employers need staff, which puts the latter group in a strong bargaining position regarding wage demands. That’s great for workers, but rapidly rising wages can stoke inflationary flames.

“Competition for workers is driving the cost of labor higher. Amazon offered a $1,000 signing bonus to attract 75,000 new workers and boost wages by up to $3 per hour for half a million employees. McDonald’s is boosting wages by 10% for 35,500 workers and Chipotle is increasing wages and offering retaining bonuses,” says Hackett.

Those in the inflation-is-coming-and-will-be-persistent camp are likely to cite rising wages as a catalyst for businesses and corporations to pass those costs along to consumers, meaning the Consumer Price Index (CPI) could be in for more increases.