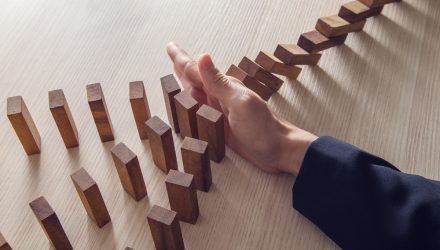 No, it’s not a recession, but there is evidence suggesting that some economic hurdles are in place, and some market observers believe that until there’s positive resolution on that front, previously devoted buy the dip market participants could be more reserved in their approach to equities.

Recently, concerns that inflation will prove more persistent than transitory are mounting, and job growth is missing estimates, confirming that the economy has some issues to contend with, and those issues could prevent investors from embracing riskier assets.

“Equity markets have entered a volatile zig-zag pattern, with increased scrutiny over the health of the economy and earnings environment balanced against the continued tendency to buy the dip. Volatility has been notable, with last Tuesday being the weakest session since May and Thursday the best day since July, but the S&P 500® Index finishing the week modestly higher,” notes Nationwide’s Mark Hackett.

With limited time remaining in September, the S&P 500 is off 3.67% for the month ending Sept. 28, putting the benchmark domestic equity gauge on pace for its biggest monthly loss since January. In a historical context, September weakness for stocks isn’t cause for alarm because the August through October period is usually the worst three-month span for equities.

Still, as Hackett notes, rising Treasury yields and Federal Reserve policy — the latter of which could include a 2022 rate hike — could be weighing on investors’ decision-making.

“Interest rates have spiked following an FOMC meeting last week that paved the way for a shift in Fed policy. The 10-year Treasury yield surged to the highest level since June at 1.50% and the yield curve is at the steepest level in nearly three months,” Hackett said.

Hackett also mentions a potentially ominous bond market scenario where the yield curve steepens due to rising long-term rates. That can come to pass in inflationary environments, such as the one investors are contending with today.

“A curve steepening driven by higher long-term rates is referred to as a ‘bear steepener’ because it often happens when inflation expectations pick up and investors anticipate Fed rate hikes,” according to Hackett.

Still, Treasury yields are low and credit spreads are, too, indicating that investors may have to wait out the recent slump and revisit equities at some point in the fourth quarter.