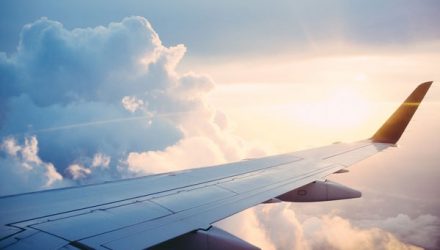 Investing in Airlines Amid COVID-19

The airline sector may be experiencing some turbulence now with COVID-19, but the industry has flown through storms before. After all, airlines stocks managed recoveries after the 9/11 attacks, the SARS outbreak in 2003 and the global financial crisis in 2008.

Investors are increasingly curious about airlines as stocks have seen bigger selloff than the wider market and could be an attractive buying opportunity. Our dedicated airline ETF has seen a massive increase in inflows since the coronavirus pandemic began, jumping from $52 million at the end of 2019 to $302 million as of March 31.

Earlier this week I participated in a webcast in partnership with ETF Trends to answer advisors’ questions about investing in airlines and the impact of COVID-19. The advisors on the webcast were extremely engaged and asked numerous questions. Below are the most frequently asked questions and my responses.

How long could it take for travel demand to return to pre-virus levels? Will the increase in remote work hurt business travel?

It’s hard to predict when travel demand will fully recover. However, we’ve already seen an increase in commercial air passengers as lockdown restrictions are eased. The number of people the Transportation Security Administration (TSA) screened bottomed at 87,500 on April 14 and since then it’s risen steadily. As of May 20, the TSA screened more than 230,000 people, a gain of about 163 percent from the low.

Remote work has always been a threat to business travel demand. More companies will likely transition to fully remote working post-lockdown, but I believe some travel will still be necessary for businesses. You can’t replace the human connection of meeting face-to-face with video chat.

Warren Buffett sold his stake in airlines. Do you think this will discourage other investors?

In early May, the “Oracle of Omaha” revealed that he recently dumped his entire stake in the big four U.S. airlines—Delta, American, United and Southwest. As of the end of December, the position collectively stood at around $10 billion. Buffett’s decision to exit airlines seems to have stemmed directly from the coronavirus lockdown and its impact on the travel industry. In other words, it had nothing to do with how the carriers were being managed.

While I agree with Buffett that the COVID-19 pandemic has been a challenge for airlines, I disagree with his decision to dump airline stocks for that reason. Few industries have escaped unscathed from the virus’ impact, after all. I don’t think Buffett’s exit will deter other investors from the space. Buying the dips in airlines has been profitable, as seen in this chart below.

How can airlines stay profitable with greatly reduced passenger loads?

It’s true. Airlines are burning through cash as they continue operating flights with fewer passengers. Airlines 4 America reported that planes averaged just 17 passengers per domestic flight as of May 10.

In 2019, the average passenger load factor, or the percentage of seats on a plane occupied by passengers, in the U.S. was 84.62 percent. In April, American Airlines reported a load factor of just 15 percent and Southwest said they had a measly 8 percent. But in the month of May carriers are already seeing huge improvements. American is expecting an increase to 35 percent and Southwest between 30 and 35 percent load factor. Once we see second quarter reporting there will be a better idea of how airlines have stayed or not stayed profitable during the pandemic.

With planes flying at limited capacity to enforce social distancing could there be an increase in ticket prices?

Yes, airlines will likely continue to take revenue hits due to social distancing measures. For carriers not allowing passengers to book middle seats, they’re looking at a 33 percent revenue drop per flight. I do not expect ticket prices to rise because of this. Airlines are trying to incentivize travelers to fly with lower prices and flexibility with rescheduling. For example, United is allowing passengers to reschedule their trip if a flight is booked over 70 percent full.

Do you see airline stocks as a proxy for the COVID-19 vaccine?

Yes, I believe airlines can be seen as a proxy for sentiment surrounding a vaccine. After all, once a vaccine for COVID-19 is developed and distributed, travelers globally will likely feel more comfortable leaving home and interacting with others. Legendary value investor Bill Miller appeared on CNBC last week and said that if you don’t own airlines, “you’re making a bet against the vaccine.” I agree with Miller’s optimistic view.

Will the recent decline in fuel costs benefit airlines?

Fuel is one of airlines’ biggest expenses. However, many carriers now hedge oil prices and secure locked-in prices. For example, Ryanair hedges almost 90 percent of its oil consumption, while Southwest is less than 60 percent hedged. Airlines learned from the oil surge in 2013 that locking in lower prices can be beneficial when prices rise, but a weakness when prices fall. Even with higher oil prices, airline stocks can still perform strongly looking at data from 2010 to 2018.

Do you think airlines could become nationalized in the U.S.?

Airlines in the U.S. were deregulated in 1978, incentivizing carriers to compete on fares, routes and services. I don’t think too many people would be in favor of returning to government-controlled airlines. There is a strong competition domestically between the top four carriers – United, Delta, American and Southwest – in addition to many other major players. The government has already issued financial assistance for passenger carriers of $25 billion that was fairly evenly distributed between the top three players. Southwest is far less dependent on international travel than American, Delta and United, which is part of why it received less aid.

There could be continued nationalization of airlines in countries that have a clear flag carrier and were already struggling before the onset of COVID-19. For example, in France, Air France is a clear national airline and in Germany there is Lufthansa. In Italy, the nation’s largest carrier Alitalia is back in government ownership for survival.

I remain optimistic about the airline industry and economic recovery after the COVID-19 pandemic. Learn more about investment opportunities in the space through a dedicated ETF by clicking here.

Cash flow is the net amount of cash and cash-equivalents being transferred into and out of a business. Passenger load factor measures capacity utilization and is used to assess how efficiently airlines fill seats and generates fare revenue.