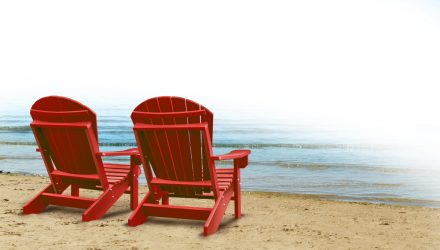 Retirement investing is a marathon, not a sprint. It’s done over the course of decades and requires remaining disciplined in the face of market volatility and current geopolitical events and looking beyond what’s currently performing well for investment opportunities.

Citing commentary from Charles Schwab Investment Advisory, an article from SmartAsset notes that international large-cap stocks are set to outperform U.S. small- and large-cap stocks in the next 10 years despite having lagged both asset classes behind over the past 50. Between 1970 and 2021, the S&P 500 gained 11.1%, compared to the 8.7% that the MSCI EAFE Index returned during the same time. Regardless, Veeru Perianan, director of multi-asset research at Charles Schwab, predicts that international large-caps have a better chance of outperforming over the next decade.

“We take a forward-looking approach to forecasting returns, rather than basing our estimates on historical averages,” wrote Perianan. “Historical averages are less useful, as these only describe past performance. Forward-looking return estimates, however, incorporate expectations for the future, and for this reason, we believe they are more useful for making investment decisions or projecting future performance than using historical results.”

The S&P 500 rose 27% in 2021. However, Perianan notes that the future growth of domestic large-cap companies was priced in “to a far greater extent” than international counterparts.

“The difference is mainly due to the valuation differences between U.S. stocks compared to international stocks,” he added. “International stocks are generally riskier than U.S. stocks and investors expect to be compensated for taking on this additional risk. However, we believe that the markets have discounted this risk beyond what fundamentals suggest.”

The SmartAsset article notes, however, that these projections were created before Russia invaded Ukraine. However, a spokeswoman for Charles Schwab said that Perianan’s analysis is based on long-term fundamentals and shouldn’t be seen as a short-term tactical forecast.