You are at:Home»Retirement Income Channel»As Infrastructure Moves Forward, What Lies Ahead for Domestic Equities? 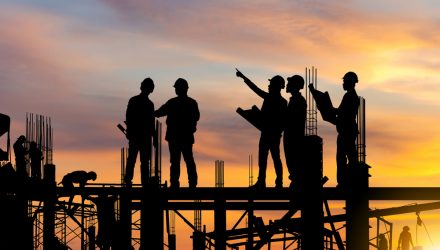 As Infrastructure Moves Forward, What Lies Ahead for Domestic Equities?

It appears that the Biden Administration and Senate Republicans have reached an agreement on an infrastructure plan, and while it’s nowhere close to the $4 trillion the White House was hoping for, something is better than nothing and the deal gives some level of hope that two heavily divided sides can work together.

Still, there’s the matter of how the infrastructure plan will be paid for, and the White House appears insistent that revenue for infrastructure spending be generated by corporate tax increases and hikes on wealthy individuals and families.

“This deal may still face hurdles in Congress, and there will likely be a larger package of spending and tax increases that Democrats would have to push through Congress unilaterally,” according to BlackRock. “A thin Democratic majority in Congress, conflicting priorities within the Democratic Party, and the looming 2022 midterm elections all pose challenges.”

The scale of tax increases – if they arrive at all – remains to be seen. However, it’s clear that if corporate taxes do rise, S&P 500 earnings will be pinched. That could diminish the allure of domestic equities for some investors.

“If the proposed 28% corporate income tax rate and a 21% global minimum tax were imposed, we estimate the earnings per share of the S&P 500 Index would be 7% lower in 2022 compared with a scenario without tax increases,” adds BlackRock.

As the asset manager notes, not all sectors are subject to the same tax treatment. For example, technology and communication services have lower effective tax rates, meaning those groups could be vulnerable to rising corporate taxes. If higher tax tabs do pinch those sectors, the value rally could be extended.

Couple that with the fact the reopening trade is already factored into U.S. equities. If corporate taxes trend higher in the U.S., developed markets, including Europe, could benefit as asset allocators look for new equity destinations.

“We see the potential for other DM markets, such as Europe and Japan, to pick up the baton and benefit more from the restart trade. These markets, which already have higher taxes and more regulations than the U.S., face more limited scope for additional taxes and regulation, in our view,” concludes BlackRock.