You are at:Home»Retirement Income Channel»Income Investors Have a Friend in the Technology Sector 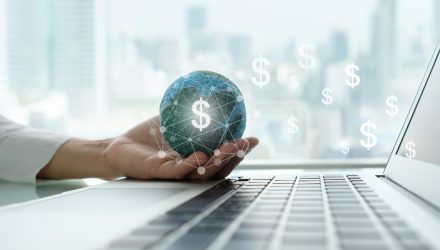 Income Investors Have a Friend in the Technology Sector

The income profile of the technology sector is changing for the better, and those alterations are arriving at an optimal time for income-starved investors.

With government bond yields still paltry and not much more to be had in municipal debt, income investors, including those near or in retirement, are relying more on equity income. Using technology stocks to fill some of those income gaps doesn’t have to be excessively risky, as highlighted by the ProShares S&P Technology Dividend Aristocrats ETF (CBOE: TDV).

TDV, which turns two years old in November, tracks the S&P Technology Dividend Aristocrats Index. That’s a dividend growth benchmark where member firms are required to have boosted payouts for at least seven consecutive years. That’s a reasonable requirement given that the combination of technology and dividends is still a relatively new phenomenon.

As of May 31, TDV sported a 30-day SEC yield of 1.24%. That’s still low, but it implies ample room for dividend growth – something the technology sector is delivering.

“The times have changed. According to S&P Dow Jones sector data, by 2020, approximately one-half of all technology stocks now pay a dividend and almost one-third are growing those dividends,” according to ProShares research. “The trend toward paying and growing dividends is also meaningful when compared with one of the sector’s consistent storylines—share buybacks.”

Due in large part to its low yield and history as not being a prime dividend destination, technology payout growth often goes overlooked. However, the sector’s compound annual growth rate (CAGR) of dividends from 2011 through 2020 was about 17%. Putting that number into context, financial services was the only other group with a dividend CAGR of close to double digits over that period.

Adding to the allure of TDV is that the ProShares fund delivers on the quality front. The return on equity of members of the S&P Technology Dividend Aristocrats Index exceeds that of the S&P 500, while the tech index’s components have lower long-term debt-to-capital ratios than those found in the S&P 500. Put it together and even the most conservative income investors can find plenty to like about TDV.

“The technology sector has become a critically important component of today’s market,” adds ProShares. “The sector has matured over time, and now represents some of the largest and most successful companies. That success has translated into increasingly large amounts of cash being returned to shareholders, and tech stocks have become the second-largest source of the market’s dividends. Technology stocks have also been growing their dividends at a faster rate than any other sector in the market.”