You are at:Home»Retirement Income Channel»In Retirement, Focus on Cash Flow Over Income Replacement 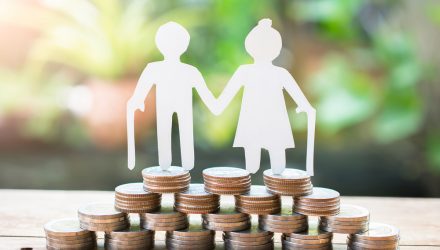 In Retirement, Focus on Cash Flow Over Income Replacement

Retirement is often discussed in terms of income — as in, how much income lost from the departed job a retiree will be able to replace.

However, some experts believe that the income replacement rate is a relic of a bygone era in retirement planning and that retirees are better served by focusing on cash flow.

“That convention has been ported over to the nonpension world, too. Rules of thumb for income-replacement ratios abound, with planners and financial firms urging retirees to shoot for replacing between 70% and 85% of their working incomes,” says Morningstar’s Christine Benz. “Retirement planning experts arrive at those percentages by reducing gross income by taxes and savings, mainly.”

For those that want to focus on cash flow, there are steps to take, including focusing on current expenditures and the impact of possibly downsizing to a smaller, more cost-effective house. Lifestyle changes, such as increased travel, should also be accounted for.

“If a heavy travel schedule or an expensive hobby is on your retirement to-do list, you might see any cost reductions on line items like food offset by increased expenditures elsewhere. Bear in mind, however, that big spending on travel often occurs in the early years of retirement but then tapers off later on,” notes Benz.

Of course, retirees also need to factor in the specter of rising healthcare costs and the possible need for long-term care, which is expensive. By focusing on cash flow instead of the rigidity of the income replace rate, retirees gain flexibility and the ability to respond to the ebbs and flows of their expenses.