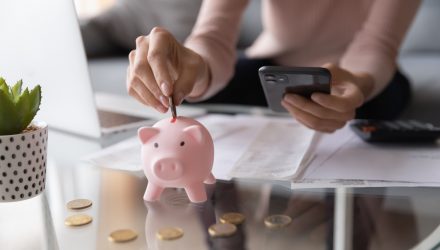 How Twin Specters of Inflation and Recession Can Erode Monthly Income

There are several factors that can eat away at the monthly income of a retirement portfolio but two of the top culprits remain inflation and recession, though for different reasons. Advisors are already contending with one in their portfolios and the other looms ever nearer as the Federal Reserve continues its aggressive rate hiking regime alongside quantitative tightening.

Concerns about inflation and recession continue to sit top of mind for advisors. A recent VettaFi poll of over 300 advisors found that inflation was the top concern within the next 12 months for 35.1% of respondents, followed closely by concerns of recession at 30.5% of respondents.

The Costs of Inflation

Inflation can wreak havoc on prices, increasing the cost of living and thereby increasing the monthly income needs of a retiree as their established income increasingly covers less of their living expenses. Additionally, portfolios have been hit twice this year, once by the increasing costs of inflation within equities and a second time by the costs of rising interest rates on bonds as the Fed aggressively fights inflation. It’s created a challenging environment for portfolios and particularly for income generation. Advisors have gone further afield to alternatives, options, and more in search of income opportunities for their clients.

Inflation as of September’s Consumer Price Index report remains persistent and broadly entrenched across sectors and industries. Fed officials have indicated that the next two meetings will likely result in at least another 1.25% increase in total, while market odds for another 0.75% interest rate increase in December have jumped to nearly 65% with the CME FedWatch Tool as of 10/18/2022.

The Realities of Recession

Advisors are overwhelmingly positioning for recession heading into next year. A VettaFi poll revealed that nearly 85% of advisors surveyed expect a recession in 2023.

Economic slowing and downturns that culminate in recession create challenging times for companies and can cause a serious hit to earnings. In each of the last ten recessions, S&P earnings growth became negative, and while this current earnings season is off to a better-than-expected start, the economic tolls of decreased global demand and a strong U.S. dollar are expected to increasingly cut into the bottom lines of companies.

This can make investing within equities challenging, with greater emphasis placed on companies that are either in sectors that are less impacted by recession — traditionally those in utilities, consumer staples, and healthcare — or else in large, well-established companies that have demonstrated consistent growth over a long time horizon (blue chip companies) or companies with strong cash generation such as seen in many of the large- and mega-cap companies.

Investing in dividend-paying companies is a well-known strategy for recessions. The average dividend cut for the S&P 500 during the last 11 bear markets and recessions has been just 0.5%. All dividends are not created equal, however, and companies do reduce or eliminate dividends depending on the severity and length of the recession.

Sectors that can be harder hit during recessions — this includes energy, basic materials, consumer discretionary, and real estate — tend to be sectors that cut dividend payments most often. The sectors to look to for continued dividends generally include companies with healthy balance sheets, higher margins, and higher cash flows.

Investing for Income in Challenging Times

While every retirement plan and portfolio is different based on different needs, risk tolerance, and time horizon, the adage of “stay the course” remains true for those that still have a decade or more before retirement. For clients that are closer to retirement or have less risk tolerance, investing more conservatively and with more certainty in options that can generate monthly income becomes a higher priority.

Advisors have shown a strong preference for utilizing ETFs in client portfolios as a means of generating income. A recent VettaFi survey of advisors reported that over 59% of advisors use ETFs as the income-generating vehicle of choice in portfolios, followed by 34% for mutual funds.