You are at:Home»Retirement Income Channel»How Much Worry Is Inflation Really Worth? 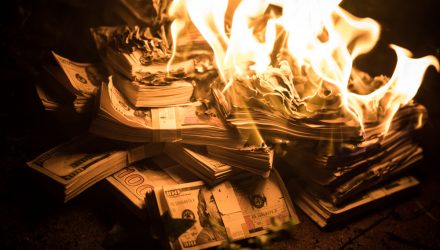 How Much Worry Is Inflation Really Worth?

With the Consumer Price Index (CPI) trending higher this year, consumers and investors are being treated to a steady diet of inflation headlines and the persistent vs. transitory debate.

Looking at the issue of rising consumer prices from an investment perspective, inflation is in fact a burden, but it’s also a matter of perspective.

“Much of the concern about rising prices depends on your age and circumstances. Many older investors recall the double-digit inflation and gas lines of the 70’s and are understandably worried about the ability of their savings to keep pace over time,” writes Carrie Schwab-Pomerantz of Charles Schwab. “The sentiment may be very different for young people who have only known low inflation. Unless they’re competing for a house or shopping for a car, inflation may not seem like such a big deal.”

While inflation may not be a primary concern for younger investors and those just entering the workforce, rising prices are concerning to retirees because inflation can reduce the value of their income streams and potentially pinch what are often fixed income-heavy portfolios.

“Retiring with $1 million dollars may sound fine today, but if we have a relatively modest but consistent inflation rate of 3 percent a year, that $1 million will have the purchasing power of about $560,000 in twenty years—and less if inflation is higher. This is precisely the reason we need our investments to outpace inflation,” adds Schwab-Pomerantz.

This year, beating inflation is getting harder because traditional hedges, such as gold, are sagging, and bond yields are low. On the positive side of the ledger, the real estate sector, which offers pricing power, is the best-performing group in the S&P 500. Additionally, dividend growth – which is a well-established inflation fighter – is back in a big way.

There are some other ways folks can reduce the pinch of inflation, including paying off debt or asking lenders to move variable rate debt to fixed rates. Another tip is to pay for large-ticket items in cash and not with credit. When it comes to investing, it pays to, well, stay invested.

“Over long periods of time stocks have historically outpaced inflation, and fixed income funds (including money market and bond funds) will generally reinvest in newer holdings that may have higher yields,” continues Schwab-Pomerantz.